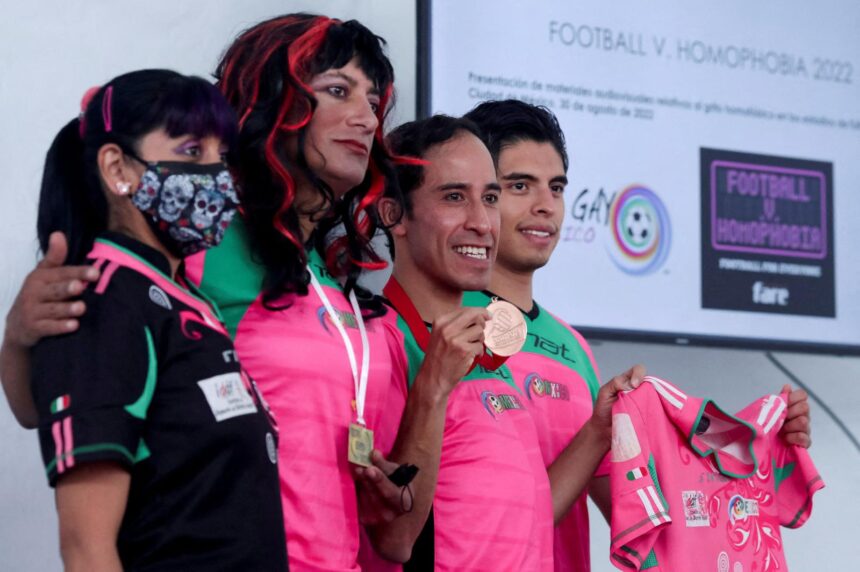 MEXICO CITY (Reuters) – Mexico’s legions of soccer fanatics, and especially the sport’s leaders, must eradicate an anti-gay slur from the men’s game, activists said on Tuesday, drawing attention to a routine fan chant that has long marred the country’s top-flight game.

While Mexico’s leading soccer federation has adopted a “zero tolerance” policy against the long-standing homophobic chant yelled by fans by suspending ticket sales and forcing teams to play to empty stadiums – including for a World Cup qualifying match earlier this year – many fans stubbornly persist.

“As Mexicans, we’ve even been known to export this chant,” said Andoni Bello, founder and head of national LGBT soccer selection known as Tri Gay, speaking at a news conference on Tuesday. He lamented that it is now heard at professional games in Brazil and the United States.

While Mexico has long been known as a socially conservative country with a dominant macho culture, a growing movement has sought to implore the sport’s authorities to take stronger action. Some Mexican fans argue that the chant can also be interpreted as a more generic insult.

The global sport’s leaders have also pushed for a end to homophobic outbursts at stadiums.

Ahead of the 2018 World Cup, world governing body FIFA fined 16 countries for homophobia exhibited by fans in qualifying matches, with Mexican soccer slapped with more sanctions than any other.

Enrique Torre Molina, a prominent Mexican LGBT activist and consultant, said he is encouraged that more attention than ever is focused on efforts to eradicate the chant, but more work remains.

“The place where I don’t see an authentic change,” he said, “is from the players and the authorities.”