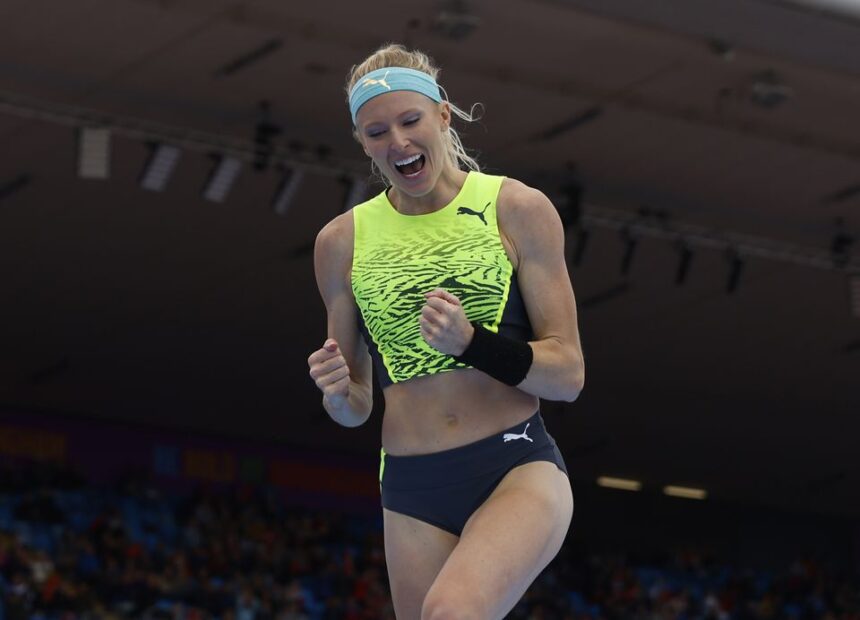 EUGENE, Oregon (Reuters) – American athletes said there were no easy answers on the matter of transgender participation in elite sport, days after World Athletics said they were reviewing their policies, with twice world silver medalist Sandi Morris suggesting a new category.

The next day, World Athletics President Sebastian Coe said the organisation would discuss their own regulations at the end of the year, telling the BBC “We have always believed that biology trumps gender.” read more

Advocates for transgender inclusion argue that not enough studies have yet been done on the impact of transition on physical performance, and that elite athletes are often physical outliers in any case.

Olympic silver medal-winning pole vaulter Morris said she supported the transgender community but that athletes were put in a “tough position” on the topic.

“I do believe that maybe the best answer is to come up with a way to have another category,” she told Reuters Wednesday, ahead of this week’s U.S. championships.

“Athletes like myself who are liberal and liberal-leaning, we’re not quick to get in bed with people who are hateful toward people of those communities.

“So I think that there is a solution, but we need to figure out what.”

Allyson Felix, the most decorated American in track and field history, said it was a complex issue.

“We’re dealing with people and people’s lives,” said Felix, who is competing in her final U.S. championships before retirement. “I don’t have the answer. I think it is a tough one.”

The U.S. track and field championships, the main qualifying event for the World Championships, kick off Thursday.