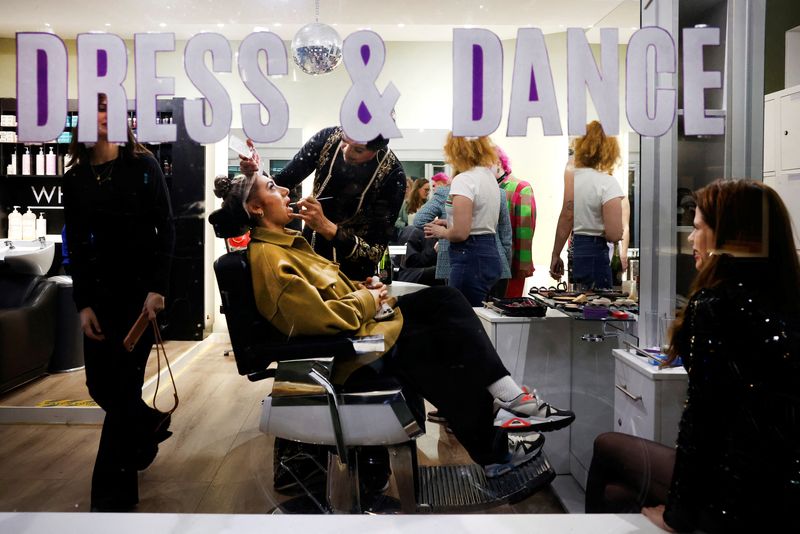 FILE PHOTO: A woman puts on make-up at safe space "Dress & Dance" which offers people a place to change before and after they go out so that they don't have to walk down the street in their going-out outfit, in Amsterdam, Netherlands January 14, 2023. REUTERS/Piroschka van de Wouw

A hair salon in Amsterdam’s nightlife district opened after hours at the weekend to offer a safe space for members of the LGBTQ+ community who do not feel safe in the city to dress before going out for the night.

The “DRESS&DANCE” pilot project was organised by students at the InHolland University and Maud Gussenhoven, who manages the city’s central Reguliersdwarsstraat street.

“It is sad that this is needed but there have been incidents that have made people feel unsafe,” said Gussenhoven.

Even though Amsterdam is known as a queer-friendly city and will host the WorldPride festival in 2026, a Dutch government report showed that of the 823 reports of discrimination made to the Amsterdam police in 2021, 310 were based on sexual orientation.

“Some people who see me, can’t keep their thoughts to themselves. And sometimes they even feel the need to follow me”, said trans person Eli Verboket as they finished putting on make-up at the salon.

As they stepped outside for a smoke, a passerby yelled a homophobic slur.

“That’s why this concept is important: to safely give people the option to showcase their true selves, especially people who haven’t come out yet,” they said. (Reporting by Charlotte Van Campenhout Editing by Alexandra Hudson)