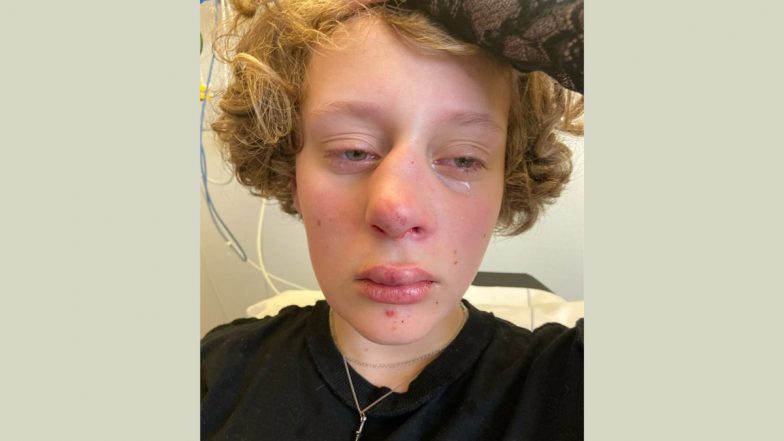 THE HAGUE, Netherlands (AP) — Police in Amsterdam said Tuesday that they are treating a brutal assault on a 14-year-old girl as a possible LGBTQ-related attack as they appealed for witnesses.

The assault Monday gained national prominence after Paul Brink posted a photo of his daughter Frédérique on LinkedIn, her nose broken, grazes visible on her face and a tear rolling down her left cheek.

In his LinkedIn post, Brink said the attack happened in Amstelveen, on the outskirts of Amsterdam, after a boy yelled: “Are you a boy or a girl?” His daughter responded by saying: “It doesn’t matter.” When the boy shouted the same question again, Frédérique replied: “I am who I am and you can be who you want to be.”

The boy then attacked Frédérique, leaving her with injuries including a broken nose and jaw fracture, Brink wrote.

Brink could not immediately be reached for comment Tuesday. He wrote in an update on LinkedIn that following his earlier post, “we as the Brink family were positively surprised in a very good sense by all the warm and loving reactions from both home and abroad.”

Brink wrote Tuesday that Frédérique is now recovering at home.

Dutch LGBTQ rights organization COC condemned the attack, which it said was the latest in a long line of such violence.

“This umpteenth incident underlines our call for the government to do more against anti-LGBTI violence,” the organization said on its Facebook page.

The COC appealed last month for tougher punishments for violence linked to discrimination and for schools to devote more time to teaching about “acceptance of everybody regardless of sexual orientation, gender identity, gender expression and sexual characteristics.”