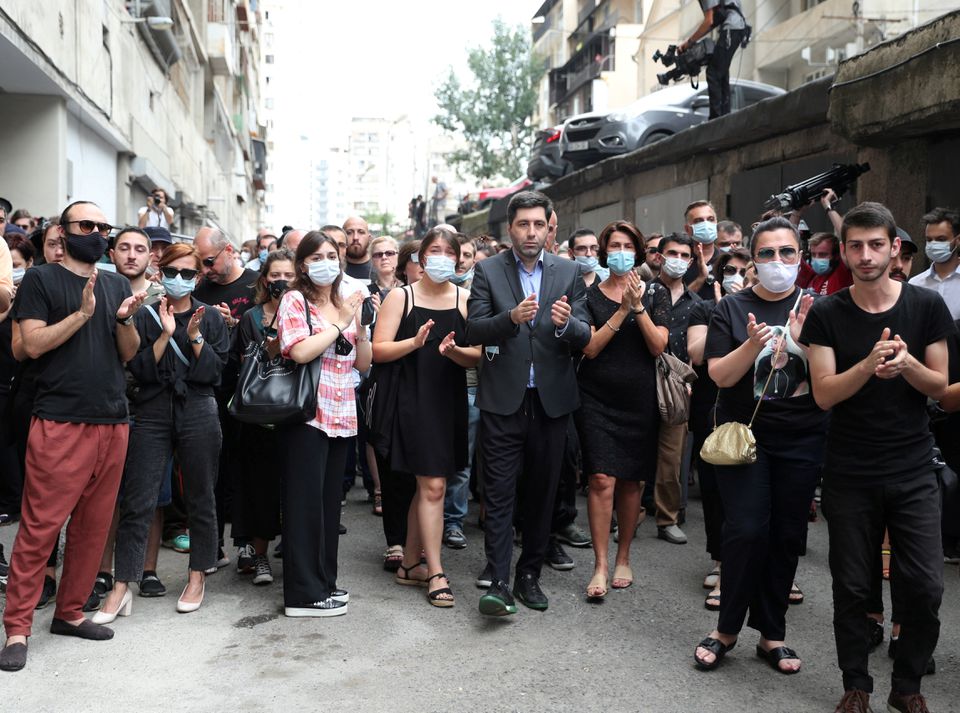 TBILISI, July 14 (Reuters) – Four television channels in Georgia went off the air on Wednesday in protest at the death of a cameraman who was beaten up during violence against LGBT activists, and demanded the prime minister’s resignation.

Hundreds of people took to the streets of the former Soviet republic’s capital, Tbilisi, on Sunday to demand punishment for those responsible for Alexander Lashkarava’s death.

He was found dead at his home by his mother after being hurt when groups opposed to a planned pride march ransacked an LBGT campaign office last week, his employers at TV Pirveli said. The march was called off.

TV Pirveli was one of the four channels that went off the air and displayed the names of journalists injured on the day the campaign office was attacked.

It and the Mtavari Arkhi, Formula and Kavkasia channels called for Prime Minister Irakli Garibashvili’s resignation and punishment of those responsible.

Garibashvili, who has not responded to the calls for his resignation, had said the planned pride march, criticised by conservatives, could lead to public confrontations.

Human rights activists have accused the Georgian authorities of emboldening hate groups and failing to protect journalists and supporters of lesbian, gay, bisexual, and transgender rights.

More than 50 journalists were targeted in the violence, police said on Monday, prompting Western countries to call on Georgia to ensure freedom of expression and assembly.

The United States on Tuesday called for prosecutions over the violence.

Georgia’s interior ministry has said it is investigating Lashkarava’s death but has not said what caused it.

President Salome Zourabichvili has described the events as a tragedy and said those responsible must be punished.