The National Hockey League (NHL) said on Wednesday that players are free to decide which initiatives to support after Philadelphia Flyers defenseman Ivan Provorov’s boycott of the team’s Pride Night festivities.

The NHL, whose annual “Hockey is for Everyone” campaign each February focuses on ways to promote diversity and inclusion, said Provorov was within his rights to sit out the warmup.

“Clubs decide whom to celebrate, when and how — with league counsel and support,” the NHL said in a statement.

“Players are free to decide which initiatives to support, and we continue to encourage their voices and perspectives on social and cultural issues.”

After the game the 26-year-old Provorov, who is Russian Orthodox, cited his religious beliefs as the reason for not joining his team mates as the Flyers held their annual Pride Night in celebration and support of the LGBTQ+ community.

The You Can Play Project, which aims to tackle homophobia in sports, told Reuters on Wednesday they have since reached out to the Flyers and offered support in educating individuals about the LGBTQ+ community.

The group also said it was disappointed the focus following the Flyers’ Pride Night is on Provorov rather than an arena that was otherwise full of support for the LGBTQ+ community.

“Wearing Pride colors, or other displays in support of social justice, show respect for fans, staff and athletes who support a team’s mission to win,” You Can Play Co-Founder Brian Kitts said in a statement.

“The focus is on including everyone who can display the heart, talent and commitment to teamwork – regardless of sexual orientation, ethnicity, race, religion and other things that make us unique as athletes, fans and people.

“Religion and support for fans and teammates aren’t mutually exclusive.”

Athlete Ally, an advocacy group whose mission is to end homophobia and transphobia in sport, said in a statement that staying true to one’s faith does not mean sidelining anyone.

“We are incredibly disappointed to see an athlete with a powerful platform choosing to exclude the LGBTQI+ community, who absolutely deserve a place in hockey,” said Athlete Ally Founder and Executive Director said Hudson Taylor.

After Tuesday’s game the Flyers released a statement that said they are committed to inclusivity and will continue to be strong advocates for inclusivity and the LGBTQ+ community. 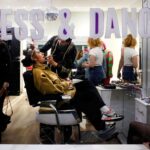