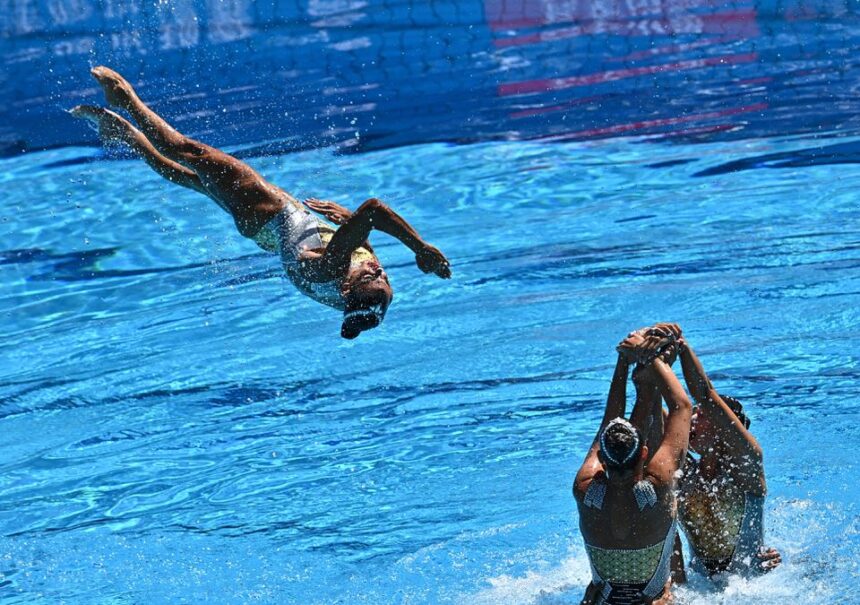 But before the working group has even begun to consider exactly how an open category would work, the concept has already been dismissed by trans athletes.

Details of who would be eligible to compete in an ‘open category’ and what events such a division would feature in have yet to emerge with FINA giving itself six months to formulate a plan.

So far FINA has said that the open category would offer opportunities for athletes “without regard to their sex, their legal gender, or their gender identity”

“FINA’s choice to force trans women into an ‘open’ category with cisgender men is an unethical non-starter,” she told Reuters in an interview.

“We ought to race with women and international sports federations need to cease placing limits on who is ‘woman’ or ‘female’ enough,” she said.

So far, the only idea floated for swimming has come from the World Swimming Coaches Association, which produced a position statement before FINA’s congress on Sunday.

“Through a re-categorisation process, the sport of swimming should offer an alternative competitive model which would ensure inclusion and fairness,” said the statement.

Although they have not submitted a proposal to FINA, the statement suggests two options.

The first is to turn the men’s category into an ‘open category’ alongside a protected ‘female category’.

The alternative option is to have female and male categories and a third open category which would allow those not eligible or not willing to compete in the sex-based categories to enter races.

The coaches also suggested that the sport could create a Trans Division and possibly hold trans meetings.

But Caitlyn Jenner, who announced her transition from Olympic gold medallist Bruce Jenner to Caitlyn in 2015, has questioned whether there are enough trans athletes to make such a system viable.

“They talk about having a different division for trans athletes, there aren’t enough trans athletes in the world to have another competition. Right now, I only know of one trans swimmer and that is Lia Thomas, there are just not enough people out there,” she said.

Jenner suggested FINA had used the idea of an open category as a “whitewash” to soften the impact of their vote for a restrictive move — a move the American however supports.

“It is not a solution to create an open category where trans women can be placed in limbo, effectively ending their professional careers and right to compete,” she said.

The issue is likely to remain a contentious point of debate for some time however.

On Thursday, Badminton’s governing body became the latest to undertake a review of its guidelines.

World Athletics and FIFA are among the governing bodies also reviewing their transgender inclusion policies.