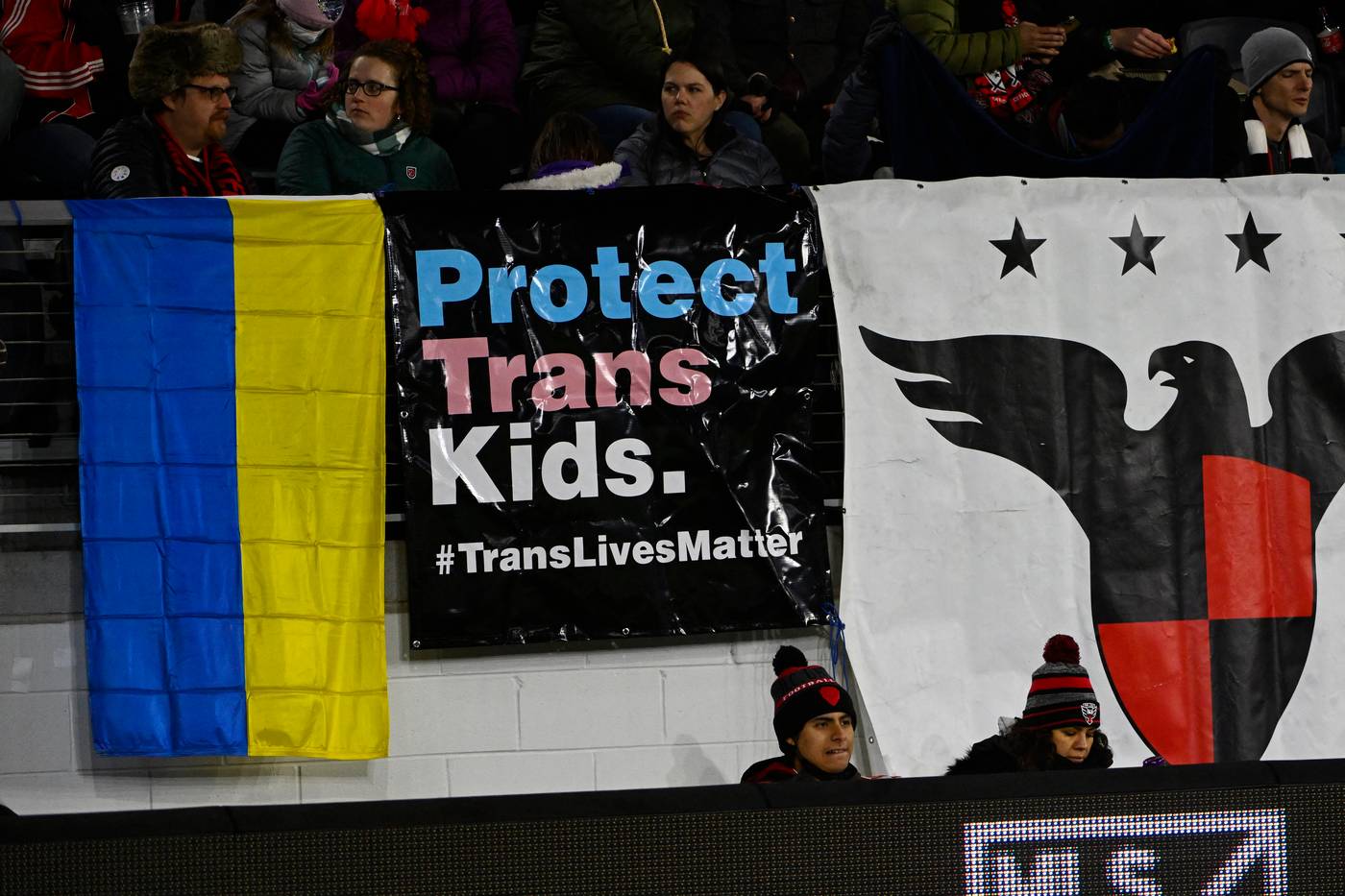 BERLIN, March 4 (Thomson Reuters Foundation) – The main obstacles to Valeria Kolosova escaping from Ukraine are her passport and ID card, which identify the 24-year-old transgender woman as a man – meaning she must stay to fight the invading Russian forces.

Kolosova left her hometown of Kyiv on Sunday and took a shared ride to the western city of Lviv, hoping to cross into Poland. But she is too scared to attempt the journey.

“I haven’t tried as I’m afraid they won’t allow me to flee because of the martial law,” she said, referring to the rule that men aged 18 to 60 must register for conscription and cannot leave the country.

“But if I stay in Lviv, there will be no hope for a normal life … I do not see my future in Lviv or in ruined Kyiv. I have little hope,” Kolosova told the Thomson Reuters Foundation in text messages from a local shelter.

Women and children make up most of the 1 million people here who have left Ukraine since Russia invaded last week, according to the United Nations’ refugee agency.

The former Soviet republic legalised gay sex in 1991 – the year it declared independence – and LGBTQ+ people say they have more freedom than in Russia, where persecution has increased since the introduction of a ban on gay “propaganda” in 2013.

There is no data on how many of Ukraine’s 41 million people are LGBTQ+ and the community is often targeted by conservative and far-right groups. Trans people say the process to change their gender on official documents is long and complicated.

In Germany, the newly-formed Alliance for Queer Emergency Aid for Ukraine, has made contact with about 40 trans women and non-binary people – who identify neither as male or female – in need of evacuation and shared their names with the government.

“Unfortunately, the current situation in Ukraine does not allow for evacuations organised by the federal government,” a German foreign ministry spokesperson said.

In the southern city of Odessa, Ukraine’s most important port, soldiers and civilians are building defences and preparing for an attack. But Nick, an 18-year-old non-binary resident whose passport lists him as male, is in hiding.

“Military authorities can force me to the combat zone with a gun in my hand,” Nick said.

“This is wrong. All civilians want to run away from the nightmares from war, not only biological females … I want to run anywhere from this nightmare and start my life from zero.”

LGBTQ+ groups across Europe are working to help gay, bisexual and trans people flee, find shelter and apply for asylum if they wish.

Terry Rivers, founder of Queer Spaces Network in the Czech Republic, said they are providing help to refugees arriving at the Slovak border and that other LGBTQ+ groups are doing the same in Poland, Hungary and Romania.

Robert, a 31-year trans man from Iraq who had been living in Ukraine for 13 years, travelled by train for three days from the eastern city of Kharkiv to Slovakia and on to Prague.

“I feel like I’m in a dream,” said Robert, who was given a place to stay in the Czech capital by Queer Spaces Network.

Robert, who asked not to give his full name, said the Slovak border control police mocked him, laughed and shouted at him for being trans and twice threw away his identity documents.

With combat raging across Ukraine for a second week and Kyiv under renewed attack, anxieties are mounting.

For Judis, a 24-year-old trans woman hiding with her girlfriend about 70 kilometres outside Kyiv, the assault on Kyiv means she has little hope of getting her cross-sex hormone medication when it runs out in two weeks.

“I’m totally scared. And I don’t know how much longer I can stay where I am now. I have nowhere to go,” she said.