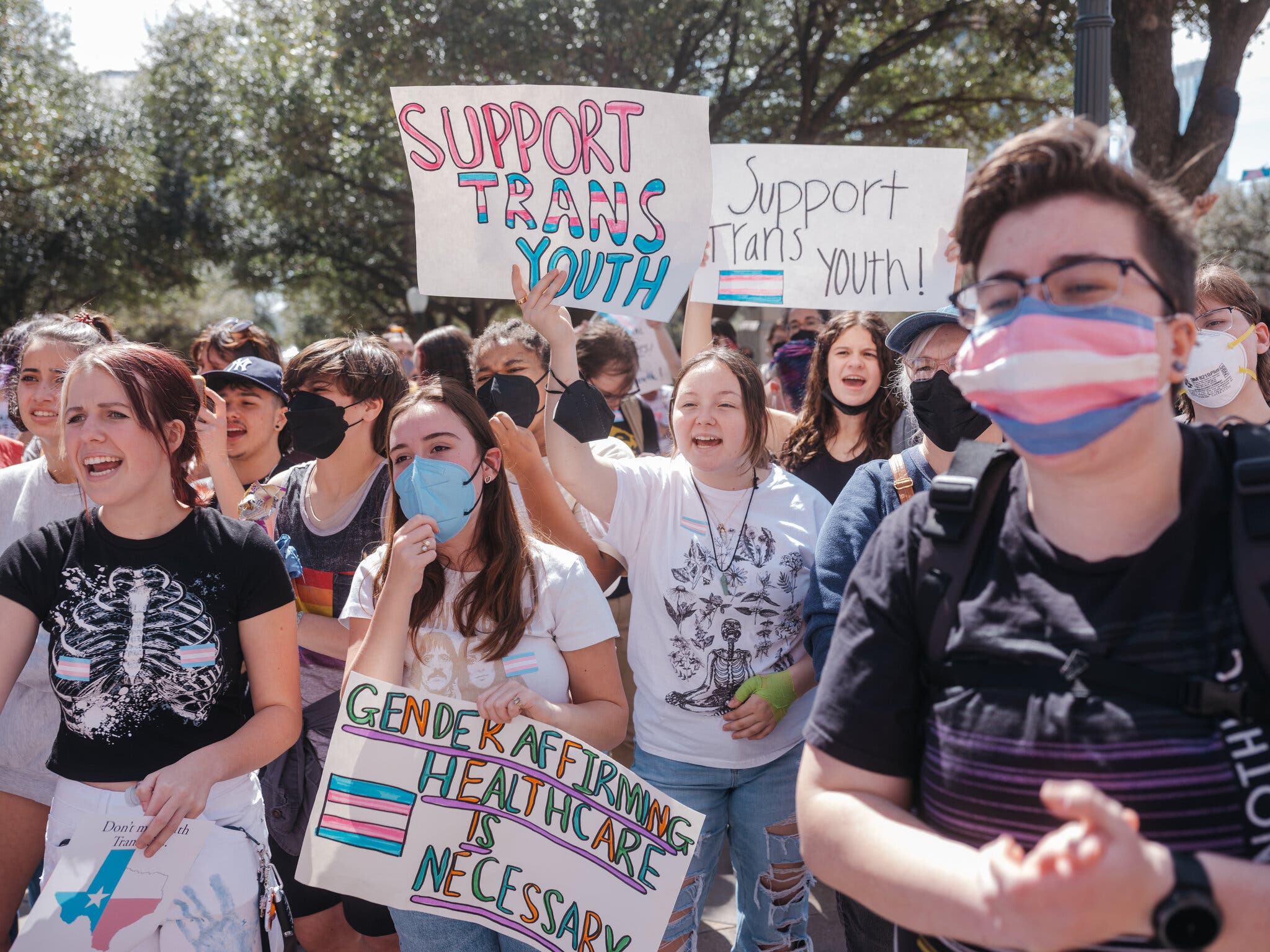 The Texas Department of Family and Protective Services (DFPS) said in an email to Reuters on Tuesday, “We have had three intakes” that reflect a directive from Governor Greg Abbott to begin such criminal investigations. The department provided no other detail.

The confirmation comes on the same day that the American Civil Liberties Union and Lambda Legal filed a lawsuit in a Texas state court in Austin on behalf of a family of a 16-year-old transgender girl that say they’ve been targeted for an investigation. The child, who was designated male at birth, has taken puberty-delaying medications and hormone therapy. The mother of the child is an employee of DFPS, the very agency now investigating her.

The lawsuit, which seeks an immediate end to the investigation, names Abbott, the head of the DFPS, Jaime Masters, and the DFPS as defendants.

Abbott, a Republican, sent a letter here to Masters on Feb. 22 ordering the agency to begin investigating the parents of children who undergo “sex change procedures,” which the governor wrote “constitute child abuse under existing Texas law.”

Abbott said he made the directive based on a non-binding legal opinion here that the state’s attorney general, Ken Paxton, released on Feb. 18 in which he said medical treatments used to help transgender youth transition could constitute child abuse.

Abbott’s move, which has come under criticism from various medical groups, is the latest in a heated debate across the U.S. over sexual orientation and gender identity, especially when it pertains to children and schools. Legislators in Texas last year passed a law banning transgender girls from participating in female sports at schools, as several other Republican-led states have done.

Brian Mustanksi, director of the Institute for Sexual and Gender Minority Health and Wellbeing at Northwestern University School of Medicine, said that “contrary to what Governor Abbott claims, gender-affirming care for transgender people saves lives” by reducing the risks of depression and suicide.

The lawsuit filed in Austin said that no other state in the U.S. considered medical treatments to help transgender youth transition to be a form of child abuse.

The family involved in the lawsuit was not identified, in order to protect the child involved. The lawsuit says the mother of the child was placed on leave by the DFPS after she inquired about what Abbott’s directive to the agency would mean for her family.

DFPS did not respond to questions about the matter.

The lawsuit says that on Feb. 25, a DFPS investigator visited the family’s home to conduct interviews with the parents and the child, identified as Mary Doe, who all did so with an attorney present.

“We are terrified for Mary’s health and wellbeing, and for our family,” the mother of the child wrote in the lawsuit. “I feel betrayed by my state and the agency for whom I work.”