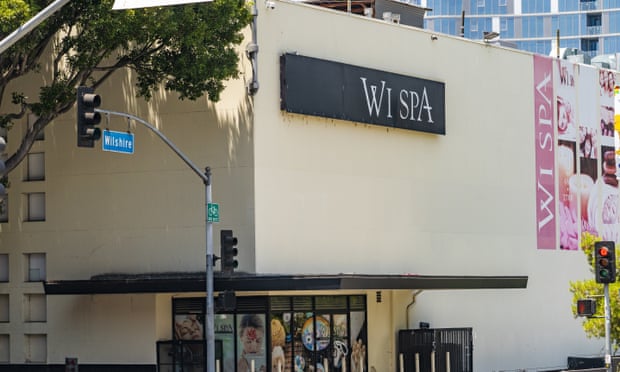 LOS ANGELES (AP) — A person who identifies as a transgender woman was charged with indecent exposure for an incident at a Los Angeles spa that sparked protests in the transgender community.

Darren Merager, 52, was charged Monday with five felony counts of indecent exposure and an arrest warrant was issued, according to a Los Angeles Police Department announcement Thursday.

Merager has been a registered sex offender since 2006 because of indecent exposure incidents that took place in 2002 and 2003, the police said.

It wasn’t immediately clear whether the Riverside County resident had an attorney.

The charges stem from complaints by five people that Merager exposed male genitalia in the women’s section of the Wi Spa in the Koreatown section of Los Angeles on June 23.

A video that circulated online showed an irate customer complaining to the staff at the spa.

The spa defended its policy of allowing transgender customers in its facilities but the incident sparked dueling protests.

During one July encounter, police arrested several dozen people and fired nonlethal projectiles to disperse an unruly crowd in front of the spa after demonstrators against transgender access to the facilities clashed with counter-protesters.

The LAPD said some in the crowd threw smoke bombs and other objects at officers. Ten demonstrators have filed claims against the city, contending that officers used excessive force.