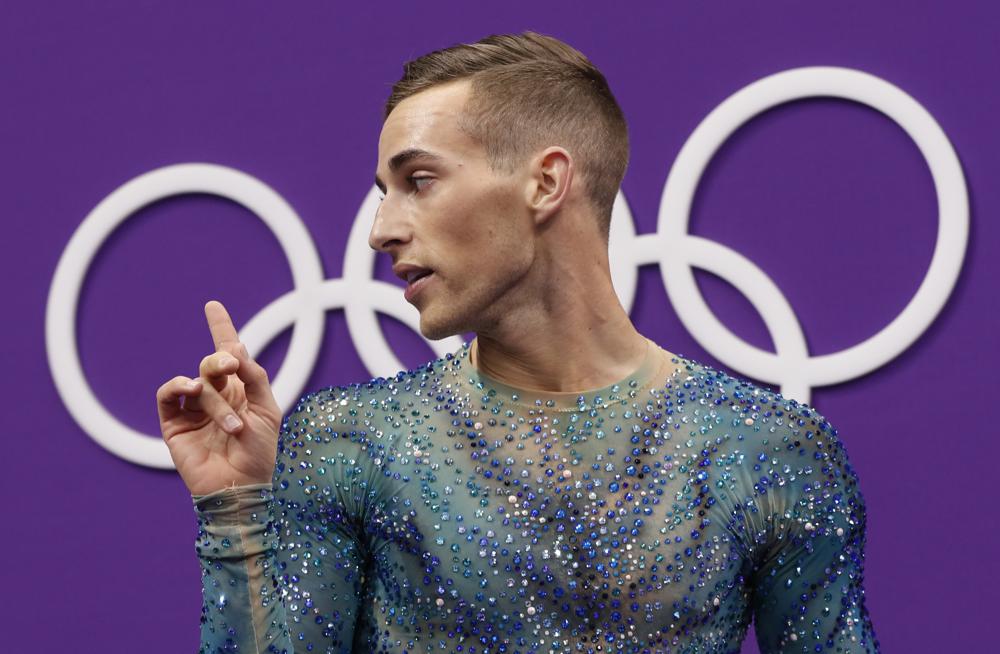 So, it’s just another competition? Got to treat the Winter Olympics that way?

Many athletes say that, perhaps trying to convince themselves that the Games are a regular, no major deal kind of event. Adam Rippon even used that ploy back in 2018.

Then Rippon — and the sporting world — discovered something very different.

Rippon, who came out publicly in October 2015, was the first openly gay athlete to represent the United States in Olympic competition. His highly publicized verbal battles with Mike Pence, then the vice president, about open-mindedness and inclusivity were as memorable as nearly anything anyone did on the ice or snow in Pyeongchang.

“If I talk about my Olympics with someone and my experience,” Rippon says, “they will sometimes bring up my performances or talk about what it meant to them to see someone speaking up and using their voice. The further I get away from the Olympics, and my own experiences, the more I understand and more pride I have in what I was able to accomplish.”

No, those Olympics didn’t resemble whatsoever any other competitions.

“It never overshadowed my role as an Olympian and competing for Team USA,” Rippon says. “Even when I had a chance to speak up and do interviews I always knew the most important thing for me to do was to be a great representative of what it means to be on Team USA. That was always my main focus when I was there.”

He strongly believes it must be the same for everyone on the U.S. squad next month, including U.S. women’s figure skating champion Mariah Bell, with whom Rippon works as a quasi-coach, choreographer, sounding board and friend. 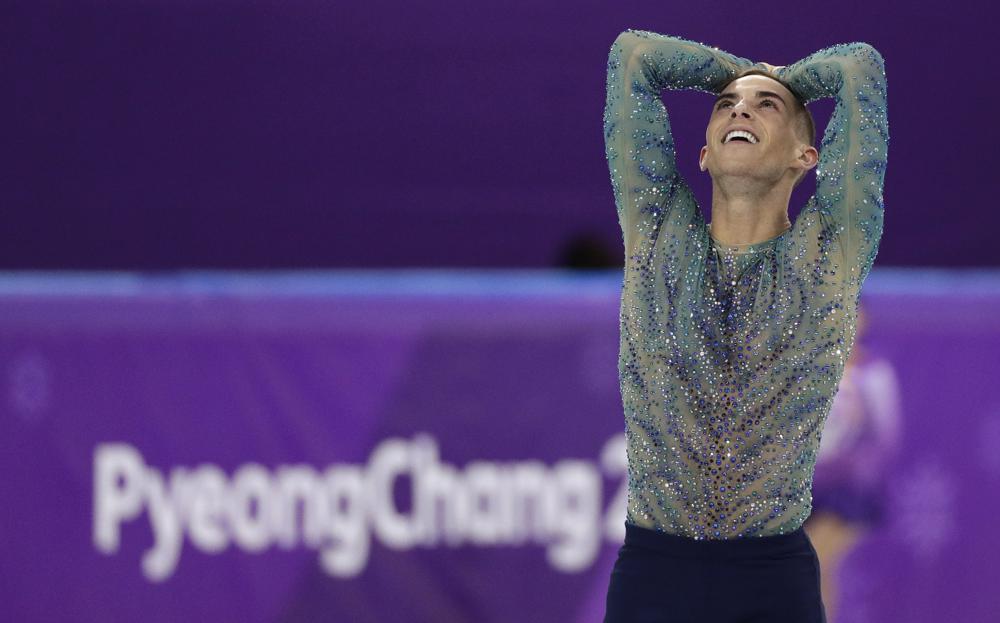 “Many of the athletes had Olympic dreams before the Olympics were ever going to be in Beijing again,” he says. “I think the focus is that the athletes always want to be at an Olympics and they know what that means — especially for figure skating and (in the summer) gymnastics and swimming, where it is the premier event. The athletes have been put in a very impossible situation about commenting. Everyone stands on the side of everyone deserves to be treated equally and no human rights violations should be tolerated.

“But being there and competing is what they are there for.”

Rippon helped his country to a bronze medal in the team competition and finished 10th individually at the Pyeongchang Games. Then he moved on from skating, though he’s a major part of Bell’s team.

Soon after those Olympics, Rippon won “Dancing With The Stars.” His involvement in the entertainment world continued and has expanded, while his increasing fame has provided Rippon a platform to speak out in support of LGBTQ rights and the freedom to be oneself.

His ventures have included working as a correspondent for ABC’s “Good Morning America” and “Nightline,” for which his feature based on a meeting with LGBTQ youth in Laramie, Wyoming was nominated for a GLAAD Award. He’s appeared in the TV Show “Will & Grace” and in a Taylor Swift video.

Rippon’s memoir, “Beautiful on the Outside,” was published in 2019, and he’s hosted two seasons of “Break the Ice with Adam Rippon,” a weekly celebrity on-the-ice interview show that airs on his YouTube channel. Having been lured by the comedic itch, Rippon is in “Messyness,” a comedy clip series on MTV, and last year hosted “Talkin’ Tokyo” from the Tokyo Olympics for NBC.

“I enjoy doing a lot of comedy work and try to take it more seriously (as a profession),” he says. “I’ve gotten to experiment and explore what I really enjoy doing. Entertainment is so broad in what you can pursue. I’ve loved everything I have gotten to do in a comedy space. In the years coming and this year I really want to focus on that, working more in comedy.

“I’ve had a chance to do some comedy writing, which is really something I am passionate about, to be in that space, and another challenge to put all of my focus into.”

He also knows how challenging comedy is.

“Oh yeah,” Rippon says with a loud chuckle, “landing a triple axel is just as hard as making some people laugh sometimes.”