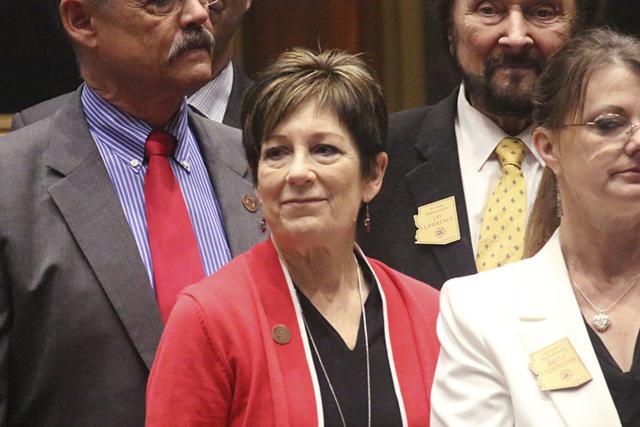 PHOENIX (AP) — The Arizona Senate voted Wednesday to bar transgender girls and women from competing on the high school or college sports team that aligns with their gender identity.

The measure, which Republicans have dubbed the “Save Women’s Sports Act,” cleared the Senate in a 16-13 party-line vote and goes next to the House.

Backers said it is needed to prevent transgender women and girls from dominating women’s sporting events, claiming they are naturally stronger.

Opponents call the proposal “cruel.” They argued that it targets vulnerable young people who are already struggling to fit in and just want to play sports with their friends.

The proposed Arizona law is the latest to be pushed across the U.S. since Idaho enacted the first ban on transgender girls playing on teams aligning with their gender identity in 2020. At least 10 states have adopted similar policies through legislation or executive orders.

Court cases challenging the law are underway in at least four of those states.

The laws are part of the ongoing culture wars that have seen conservative Republicans battling LGBTQ rights advocates across the country.

About a dozen transgender high school students have applied to play on a team aligning with their gender identity in the last decade, according to the Arizona Interscholastic Association, which regulates high school sports. Seven were allowed to do so.