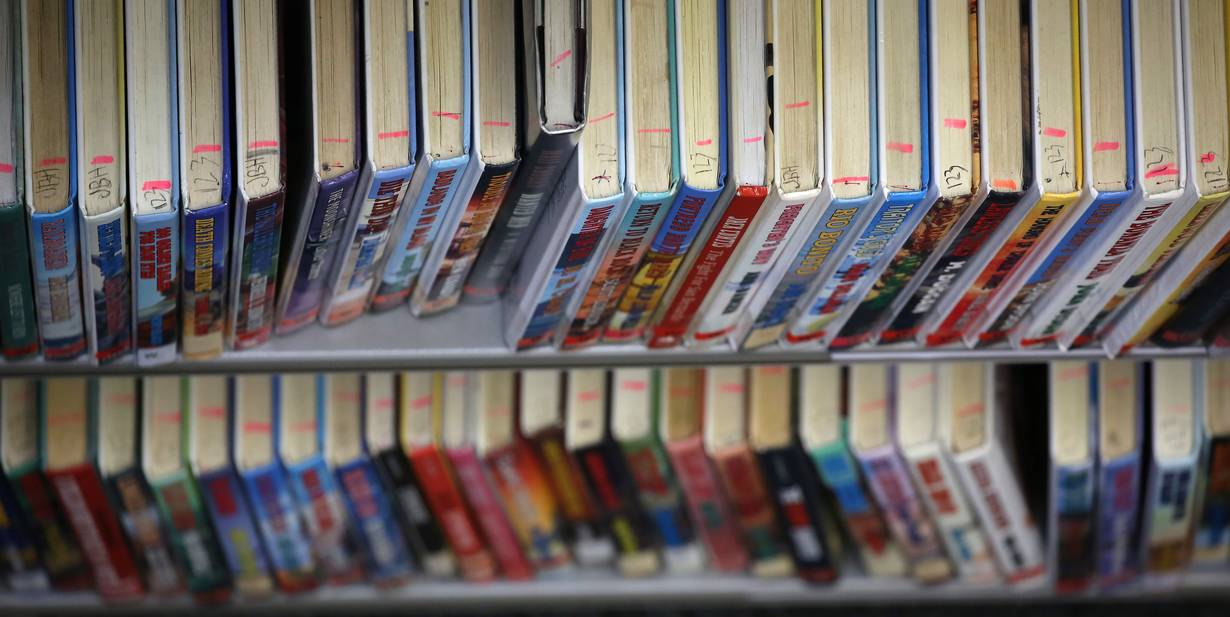 ATLANTA, Feb 4 (Thomson Reuters Foundation) – A U.S. culture war over LGBTQ+ rights has played out on school sports fields and in doctors’ surgeries in recent years. Now, the clash between liberals and conservatives is heading to the nation’s classrooms.

Rights campaigners and teachers are on alert over nearly a dozen state bills that seek to ban books and lessons related to sexuality and gender identity, putting LGBTQ+ issues back in the political spotlight ahead of November’s mid-term elections.

“Censorship in the classroom and beyond has always been an issue. However, these most recent bans have increased in volume and ferocity in the past year,” said Sarah Miller, program coordinator of the National Council of Teachers of English.

Since the start of 2022 alone, Republican lawmakers in 20 states have proposed legislation targeting school books, according to the legislative tracking service Freedom for All Americans.

Many of the proposals are aimed at curbing the teaching of “critical race theory”, which rests on the premise that racial bias – intentional or not – is baked into U.S. laws and institutions.

But 11 of the bills seek to give parents the right to challenge school curriculums or prohibit teachers from engaging in “divisive” subjects, which could include topics or books covering LGBTQ+ issues.

Proponents of the legislation say parents should have a bigger say in their children’s education – potentially overriding administrators, and that religious freedom means parents and students should be able to challenge some material.

“Parents should not only have the ability to speak to their child’s curriculum, but in fact they have the right to direct their child’s upbringing, and education is at the very core of that right,” said Meridian Baldacci, spokesperson for Family Policy Alliance (FPA), a right-wing Christian lobbying group.

“When schools begin teaching particular viewpoints about sexuality and other adult issues as if they are decided facts, parents can and should step in,” she told the Thomson Reuters Foundation.

The school curriculum is the latest arena in a battle over LGBTQ+ rights that has exposed a growing divide between more liberal and conservative parts of the United States, and between political rivals.

The teaching of LGBTQ+-related books in the classroom has frequently caused controversy in the United States.

In 2019, eight of the top 10 most challenged or banned U.S. library, school or university books contained LGBTQ+ content, according to the ALA Office for Intellectual Freedom, a group that promotes library access and freedoms.

The bills currently in state legislatures target both the books themselves and the schools that make them available to students.

One, in Oklahoma, proposes fining schools and librarians that continue to stock books challenged by parents.

In South Carolina, Texas and Utah, elected officials have sent letters to school districts asking them to investigate certain titles in school libraries.

One list in Texas includes more than 800 books, including “She/He/They/Them: Understanding Gender Identity” by Rebecca Stanborough, and “Honestly Ben”, by Bill Konigsberg.

Both books deal with teenagers navigating their sexuality or gender identities.

There has been a barrage of “hostile rhetoric and behavior targeting vulnerable young people and books about their lives,” Sarah Kate Ellis, chief executive of the country’s largest LGBTQ+ rights group GLAAD, said in a statement about the state bills.

Proponents of the draft legislation say the proposals simply aim to represent parents’ interests on behalf of their children.

While schools carry authority in the educational context, parents know their children best and are naturally concerned about their well-being, meaning they should have a say on what they learn, said the FPA’s Baldacci.

But teachers and school administrators are concerned legislative restrictions could intensify the pressures they face as the COVID-19 pandemic strains the education system.

“The addition of restrictive state laws, personal attacks on teachers and administrators, and arbitrary and time-consuming challenges are placing additional burdens on teachers at a time when they are already stretched to their limit due to the pandemic,” Miller said.

In Kutztown, Pennsylvania, local students started a “banned book club” meeting every other week at a local bookstore in the northeastern state.

Heathcliff Lopez, an English teacher in the San Antonio, Texas area, said he had specifically added titles, such as “All Boys Aren’t Blue” by George M. Johnson, included on a list of books to ban in schools drawn up by Texas lawmaker Matt Krause.

“The only little bit of a silver lining is when you tell students this book is on that list, or the district doesn’t want you to read this book, all of a sudden it’s the book that I can’t keep on my shelf,” Lopez said.