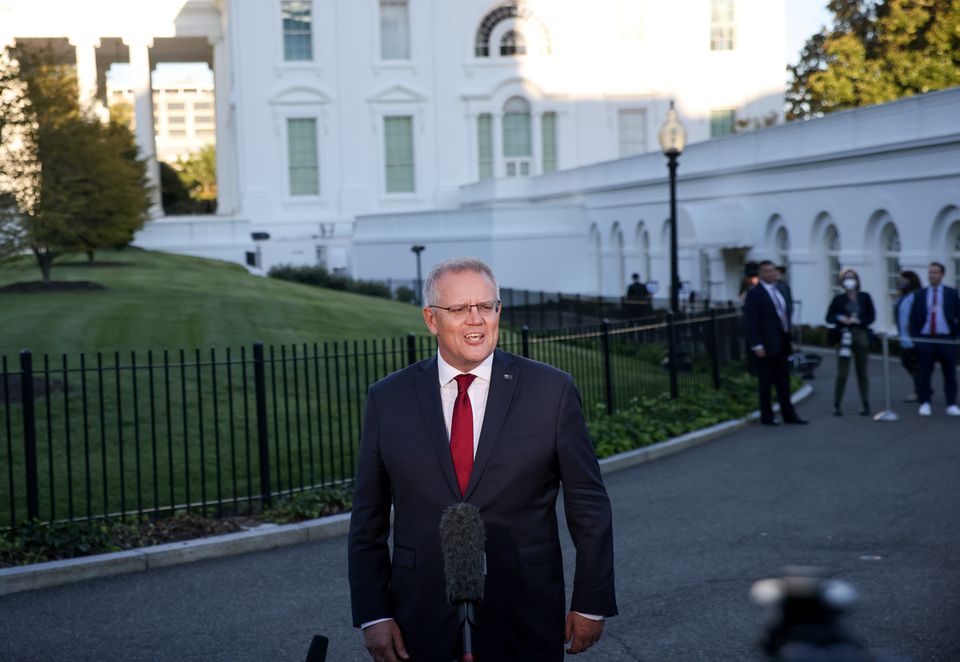 SYDNEY, Nov 25 (Reuters) – Australia on Thursday introduced contentious religious anti-discrimination legislation to parliament that if approved would allow faith-based organisations to prioritise the hiring and enrolment of people from their faith.

Religious freedom has been in the spotlight in Australia since same-sex marriage was legalised in 2017.

In a move seen as targeting religious voters with an election just months away, Prime Minister Scott Morrison said the legislation would protect people who express their religious faith outside of the workplace as long as it did not cause financial damage to their employer.

“People should not be cancelled or persecuted or vilified because their beliefs are different from someone else’s,” said Morrison, a devout Pentecostal Christian, while introducing the bill in the parliament’s lower house.

Morrison said the legislation would also protect Australians who make “statements of belief” from discrimination laws, but only if those statements do not “threaten, intimidate, harass or vilify a person or group”.

Australia’s existing Sex Discrimination Act allows schools to expel students or sack teachers for being gay. Morrison pledged in 2018 to reform the legislation.

LGBT groups support reforming the Act but have criticised the new bill saying it would enable discrimination against gay students and teachers as it permits prioritising the hiring and enrolment of people based on faith.

“It will wind back hard-fought protections for women, people with disability, LGBTIQ+ people, and even people of faith,” said Anna Brown, Chief Executive of the representative body, Equality Australia.

The bill has also divided the parliament, with some conservatives government lawmakers threatening to vote against the legislation until Morrison moves to abolish state mandates requiring COVID-19 vaccines.

The legislation is expected to be put to a vote next week in the lower house, but it is far from guaranteed to pass into law. The bill is expected to be reviewed before being voted on in the upper house Senate sometime in 2022-23.

Australia’s parliament is in its last sitting fortnight for the year and Morrison could call an election before it resumes in 2022. Morrison must return to the polls by May 2022.