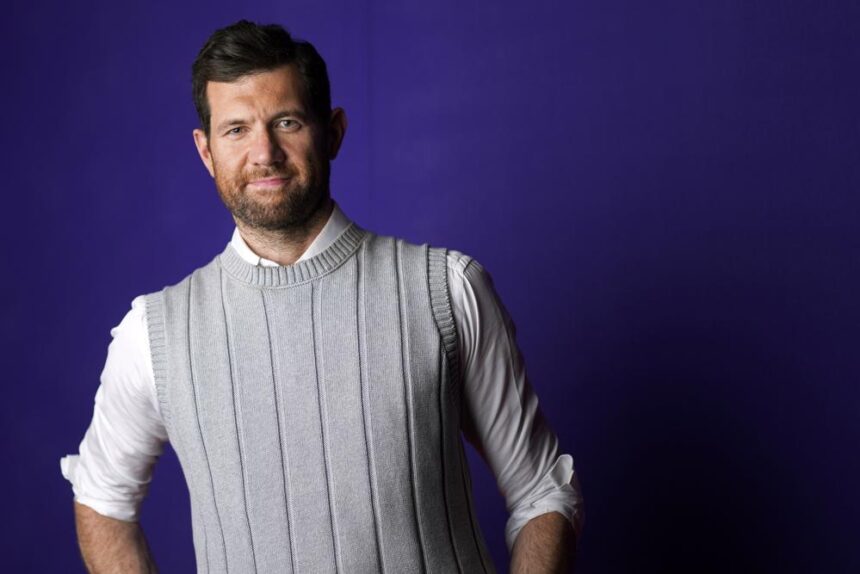 “Keep it going!” implored Eichner. “I want a longer ovation than ’The Whale! ’”

In the whistle-stop lead-up to the release of “Bros,” Eichner has worked tirelessly to whip audiences into a frenzy for a film unlike any Hollywood has before produced. A lot is riding on the movie, and not just because Eichner, the 44-year-old “Billy on the Street ” comedian, has been working five years on what is his big-screen breakthrough. “Bros” is the first major-studio gay rom-com and the first studio movie starring and co-written by an openly gay man.

In drumming up excitement, Eichner has promoted these distinctions, lamented that they’ve lasted this long, and parodied his role in trying to pitch his movie to America. Revisiting his “Billy on the Street” persona, Eichner has run through Hollywood with Jack Black shouting, “I need allies!” Sprinting around New York’s Flat Iron Building with Paul Rudd, he exclaimed, “I’ve been working 20 years for this! I need a straight person to go see ‘Bros!’”

At the MTV VMAs, Eichner put the stakes in more dramatic terms, urging people to see “Bros” because “we need to show all the homophobes like Clarence Thomas and all the homophobes on the Supreme Court that we want gay love stories and we support LGBTQ people and we are not letting them drag us back into the last century because they are past and ‘Bros’ is the future.”

“Bros,” directed by Nicholas Stoller and produced by Judd Apatow, is a bid to challenge a Hollywood status quo that’s been more comfortable making gay characters sidekicks, roommates or fodder for straight-actor transformation than protagonists in love stories. And by all accounts — a celebrated reception at TIFF, glowing reviews ( 95% fresh on Rotten Tomatoe s) and even the endorsement of hard-to-impress “Billy on Street” regular Elena — Eichner has made the movie of the moment. Now, it’s the audience’s turn to prove Eichner’s prediction of a “Bros” future correct.

In a recent interview while the “Bros-Mobile,” a 44-seat mobile theater, was passing through Philadelphia on a national tour, Eichner said he’d like everyone to see “Bros.” Sylvester Stallone? “I think Sylvester Stallone would love ‘Bros.’” Meryl Streep? “My God. She’s number one on my list.”

Made with an almost entirely LGBTQ cast, “Bros,” which stars Eichner and Hallmark Channel veteran Luke Macfarlane, is an uncommonly intimate, R-rated view of gay life that’s funny, moving and a little furious about how LGBTQ characters have usually been portrayed in studio films.

“We’re so often depicted as something so over-simplified and I think it’s because that’s what audiences have gotten used to, it’s what Hollywood’s gotten used to, and that’s what everyone decided people were comfortable with, that version of us,” says Eichner. “You didn’t really have to deal with us as actual, complicated human beings.”

“What I said to Judd and Nick was: I grew up with all those great romantic comedies, like ‘Moonstruck’ and ‘Working Girl’ and ‘Broadcast News,’ which is my favorite movie of all time. These movies were about adults,” adds Eichner. “We have no gay equivalent of that. And they barely make straight movies like that anymore.”

Even the broadest comedies have struggled to find a foothold in theaters in recent years. Stoller, the director of “Forgetting Sarah Marshall” and “Neighbors,” has been mystified by that trend, and by the sluggish pace of inclusion in big-screen comedies.

“Before ‘Bridesmaids’ came out, the whole industry was saying: ‘A comedy? Starring women? That’s not going to work,’” says Stoller. “Of course it worked! Half the people are women!”

Stoller initially reached out to Eichner about collaborating after being impressed by his performance on “Friends From College,” a sitcom Stoller created with his wife, Francesca Delbanco. The two worked on a screenplay for two years, beginning with conversations Stoller compares to therapy sessions. As he did with Jason Segel in “Forgetting Sarah Marshall” and Russell Brand for “Get Him to the Greek,” Stoller peppered Eichner with questions about his life.

“He really wanted to do these monologues, which I thought was risky but also really interesting,” says Stoller. “He comes from a kind of quasi-stand-up. Before ‘Billy on the Street’ he was doing off-Broadway stuff. So he’d write these monologues that were self-aware and kind of explaining to the audience. I think it’s based on him having to explain over and over again to Hollywood who he is and what makes him funny.”

In the five seasons of “Billy on the Street,” in which Eichner quizzed and chastised New York passersby on their pop culture knowledge, the Queens native channeled his love-hate relationship with Hollywood into hysterical, rage-fueled encounters. But in writing “Bros” with Stoller, he wanted to make something more sincere.

“When I thought about what I wanted the movie to be, I realized it was a huge and unique opportunity for me and for LGBTQ folks and also for straight audiences to get a sense of who we really are,” says Eichner. “Because it’s a Judd Apatow movie, and straight people love Judd Apatow movies.”

Eichner and Stoller aimed for something that would navigate the love life of a commitment-phobic New Yorker (not unlike Eichner, himself) while honoring the unique complexities of gay love and commenting on its usual media portrayals. The result is a movie with a lot on its mind that still seeks to be a crowd-pleaser.

“This movie tested higher than any movie I’ve worked on in its first test screenings,” says Stoller. “Immediately, the audience loved it. It was interesting because you feel like the gay audience will laugh at certain jokes that the straight audience doesn’t get, but then everyone’s laughing at certain things together.”

Stoller recalls some of his favorite test-audience comments. A gay man responded: “I don’t know if I want our secrets getting out.” A straight guy said on the film’s sex scenes: “It made me uncomfortable, but I liked it.”

Some have suggested Eichner has overplayed the historical nature of “Bros.” A Gawker headline read: “Billy Eichner is the first gay man ever.” There have been some recent films that centered on gay romance, like the more dramatic “Love, Simon” (2018), and streaming releases like Netflix’s “Happiest Season” (2020) and Hulu’s “Fire Island” from earlier this year.

But “Bros” is trying to reach mainstream audiences in theaters within the very recognizable vehicle of an Apatow-produced comedy — to be 2022′s answer to “Knocked Up.” There’s already been some evidence of trolling on the film. IMDB this week removed hundreds of one-star reviews for “Bros” in an apparent bid to review-bomb the film before it was released.

To Jim Rash, the “Descendants” writer and “Community” actor who plays a colleague of Eichner’s in the movie, the set of “Bros” was unlike any he had been on before.

“I’ve played characters that were straight. I’ve played gay. I’ve played in the closet. I’ve played might-be-gay. But ‘Bros’ was a movie where what you see on the screen is the entire representation of it,” says Rash. “There’s a safe space that comes with knowing that at the helm is someone who’s very much focused on the diversity of the environment that he was creating. It inherently had that because you were with your community.”

There are raunchy comic scenes in “Bros” and some of the genre’s tried-and-true romantic moments. But one thing that may surprise fans of “Billy on the Street” is how earnest it can be. One scene is set on a beach in Provincetown, Mass., in which Eichner performs a tender monologue about opening himself up to love is part of the “Bros” revolution, too.

“Just as much of an influence on ‘Bros’ as ‘Bridesmaids’ was was ‘The Way We Were.’ I miss that about movies,” says Eichner. “For gay men, especially, the romance of our lives is just nowhere to be found. There’s a lot to be cynical about in the world. But I think this is an opportunity for people to stop and say: Let’s take love stories and great comedies about life and the human condition as seriously as we take stories about a man dressed up as a bat saving Gotham City.” 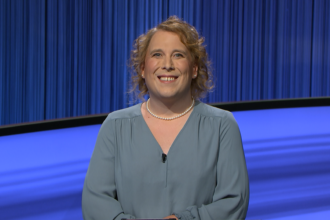 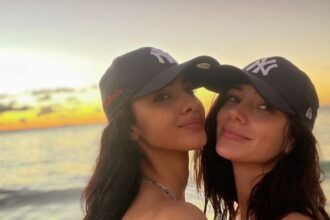 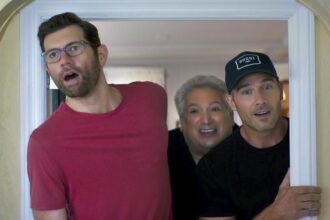 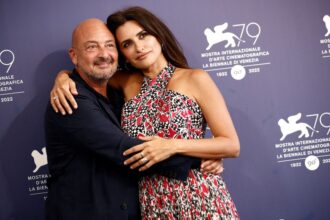