British boxer Chris Eubank Jr. wore a rainbow armband at the weigh-in Friday before his middleweight bout against Liam Smith after a nasty exchange at a news conference.

Smith had repeatedly asked Eubank at Thursday’s pre-fight press conference “do you want to tell us something?” in reference to Eubank’s sexuality.

Eubank responded with claims about Smith’s fidelity to his wife, and Sky Sports apologized for “personal and homophobic remarks.”

On Friday, Eubank wore a pro-LGBTQ armband on his right arm throughout the weigh-in and faceoff with Smith ahead of their bout at Manchester’s AO Arena on Saturday.

Eubank, whose father was also a former champion, later tweeted: “We don’t discriminate… we don’t alienate. We want boxing & sport as a whole, to be all inclusive.”

The British Boxing Board of Control said it is “considering the conduct” of the fighters. Eubank had also made disparaging remarks about Smith’s hometown of Liverpool. 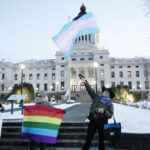 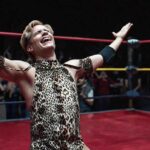