Noa Kirel, the global pop sensation, has returned with her new single, “Gone,” a dark yet empowering pop anthem that chronicles her journey to freedom from a toxic relationship. The track, produced and written by Monsters & Strangerz (Katy Perry, Camila Cabello, Rihanna) with additional co-writers, Michael Pollack (Justin Bieber, Lizzo) and Casey Smith (Olivia Rodrigo, Jonas Brothers), is accompanied by a music video that is already making waves.

This release comes at a time when the world is becoming increasingly aware of the negative impact of toxic relationships and the importance of breaking free from them. Noa’s message of empowerment and independence resonates with many, and the song is expected to become an anthem for those who have struggled in similar situations.

Noa Kirel recently earned a record-setting sixth consecutive MTV EMA for “Best Israeli Act” and will represent her home country at the upcoming Eurovision Song Contest in Liverpool, England. She made her English-language debut with the acclaimed 2021 single, “Please Don’t Suck,” co-written by Noa and produced by multi-platinum production duo The Monarch (Justin Bieber, Kelly Clarkson).

The release of “Gone” is just the latest in a string of successful musical endeavors for Noa Kirel, who has also stunned on the covers of Galore, VULKAN Mag, and Photobook Magazine, while garnering critical applause from PAPER, People Magazine, which named her among their list of “Talented Emerging Artists Making Their Mark in 2022” and Rolling Stone, which premiered her first-ever Spanish-language collaboration, “Dale Promo” with Metro The Savage.

Noa Kirel’s message of empowerment through her music is one that needs to be heard, and “Gone” is a powerful reminder that breaking free from toxic relationships is possible and that independence and freedom are worth fighting for. Be prepared to fall in love with Greg Austin: A visual journey
Next Article 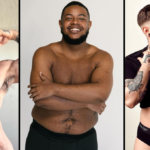