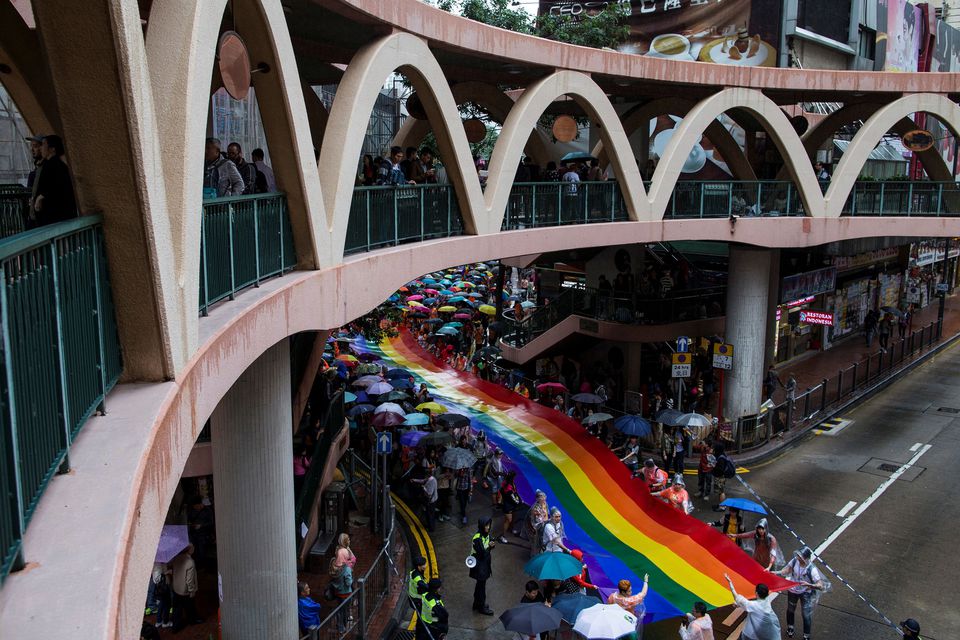 HONG KONG, Sept 15 (Reuters) – The 2022 Gay Games due to be held in Hong Kong will be postponed for a year because of the coronavirus, a delay to Asia’s inaugural hosting of an event that could raise hope in a region where intolerance is common, organisers said on Wednesday.

Hong Kong was to host the games in November next year but the global financial hub has some of the world’s strictest coronavirus quarantine regulations as it aims to prevent any local cases of COVID-19 re-emerging.

The games, last held in Paris in 2018, have drawn some criticism from some in the city’s pro-Beijing establishment wary of importing what they regard as non-Chinese values.

Dennis Philipse, co-chair of the organising team, said in a statement many parts of the world, including across Asia, were still struggling to contain the coronavirus and faced uneven access to vaccines.

“We felt that delaying the Games until November 2023 will enhance the likelihood of delivering on our promise to have the Hong Kong Games serve as a beacon of hope for the wider community across the region,” Philipse said.

Junius Ho, a prominent pro-Beijing member of Hong Kong’s assembly, said last month the games posed a threat to national security and the city should guard against “harmful culture”.

Ho said the games were “disgraceful” and any revenue generated by them was “dirty money”, drawing a rebuke from the city’s Beijing-backed leader Carrie Lam, who warned against comments that could divide society and incite hatred.

Philipse said the controversy had distracted attention from the games’ message of harmony.

“Recent attempts of a couple of lawmakers to politicise the games have distracted the media from the true mission of the games, an event open to all, focused on unity in diversity,” he said.

Activists say Asia is falling behind in ensuring equal rights for its LGBT community and other minorities, with countries like Singapore still considering sex between men illegal and Taiwan the only place on the continent recognising gay marriage.