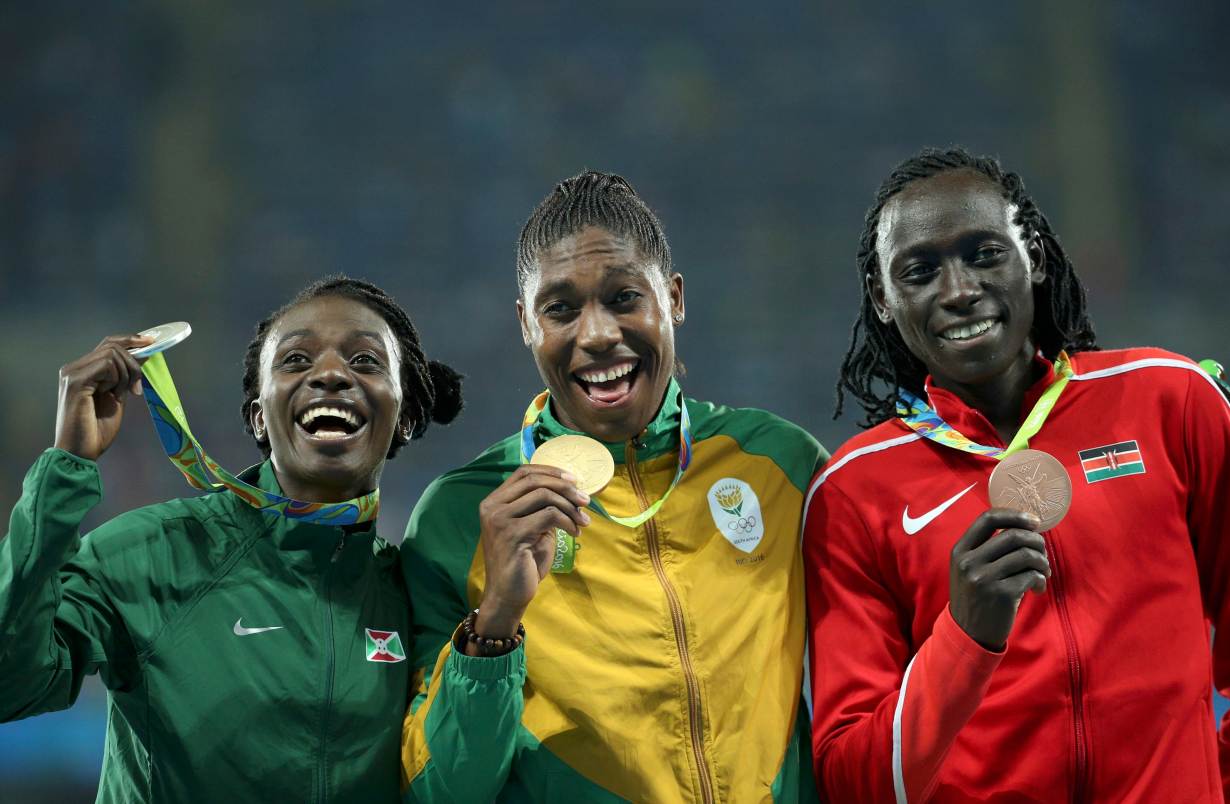 (Thomson Reuters Foundation) – The International Olympic Committee’s move to drop its advice on testosterone levels for transgender athletes in the absence of scientific consensus leaves sports bodies facing tough decisions on who can compete, some experts have warned.

The IOC this week reversed its 2015 guidance that transgender women should be allowed to compete in women’s sport provided their testosterone levels are below a certain limit for at least 12 months before their first competition.

It said there was “no definitive answer” on whether testosterone conferred a competitive advantage for trans and some intersex women and that its impact on success differed from one sport to another.

The decision – part of a new framework to be introduced after the Beijing Winter Games – was broadly welcomed by LGBT+ and human rights advocates as a move towards greater inclusivity.

But some scientists said leaving hard decisions about whether trans and intersex women had an unfair advantage to sports federations was “unreasonable” and added confusion to an already contentious issue.

“I think it’s a mess and I am pretty confused,” said Tommy Lundberg, a physiology and sports science lecturer at Sweden’s Karolinska Institute who has studied trans women in sport

“Requiring peer-reviewed research before they impose restrictions on transgender athletes is not realistic,” he said. “I wonder how they would answer the simple question, ‘Why do sex categories exist at all?’”

Scientist Joanna Harper, who is trans, welcomed the IOC’s commitment to trans inclusion, but agreed it was “unreasonable” to expect sports governing bodies to wait for peer-reviewed research and pointed to existing data.

“The suggestion that there should be no presumed advantages, it just doesn’t hold water,” said Harper, who is studying trans athletes at Britain’s Loughborough University.

“Transgender women are on average, taller, bigger and stronger than (non-trans) cisgender women and those are advantages in many sports.”

However, others celebrated the IOC’s shift in focus from biology to what they deemed to be a more human rights-centered approach.

Mary Harvey, chief executive of the Centre for Sport and Human Rights, an advocacy group, praised the IOC’s advice as “guided by human rights in its approach to health, safety, privacy and primacy of bodily autonomy”.

Arguments over whether trans women have unfair advantages over other women made global headlines earlier this year when, in Tokyo, New Zealand weightlifter Laurel Hubbard became the first openly trans woman to compete at the Olympics.

In recent years, the International Weightlifting Federation and most other sports governing bodies have followed the IOC’s 2015 advice and introduced testosterone limits for trans women.

World Rugby departed from this when it banned trans women from the elite game in 2020, citing safety and fairness concerns.

Grace McKenzie, a trans rugby player from San Francisco, said that while her sport had shut the door on trans participation at the elite level, the new advice could help to “change hearts and minds” in grassroots sports.

“Any time an authority in sport or anywhere else comes out and emphasizes the importance of inclusion, I think it’s a boon for folks who have been historically excluded or discriminated against within sport,” she said.

But without IOC enforcement, said McKenzie, “I’m stuck wondering how this is going to have an impact or whether it’s going to bring about meaningful change.”

A World Rugby spokesperson said it would review the IOC’s guidelines and participate in future consultations.

Both Lundberg and Harper said they expected individual sports to diverge in their policies as a result of the new IOC guidance, with some becoming more inclusive.

World Athletics said it would keep hormone restrictions in place for both trans women and intersex women with naturally high testosterone.

In 2018, it ruled that women with high natural testosterone levels must take medication to reduce them to compete in middle-distance races

The Union Cycliste Internationale (UCI), cycling’s governing body, referred the Thomson Reuters Foundation to a 2020 policy of testosterone limits for trans women, but said its guidelines could be reviewed in the future.

The involvement of intersex women – born with atypical chromosomes or sex characteristics – has been particularly contentious in athletics.

None of the three medallists in the women’s 800m at the 2016 Olympics took part in the race in Tokyo as they refused to take contraceptive pills to lower their testosterone.

The IOC said requiring women to change natural hormone levels “can have serious adverse impacts on their health”, and that eligibility criteria had “sometimes resulted in severe harm”.

World Athletics acknowledged there may be “unwanted side effects” of taking oral contraceptive pills to lower testosterone, but said these were no different to those experienced by women taking them as contraception.

“No athlete will be forced to undergo any assessment and/or treatment,” it said in an emailed statement.