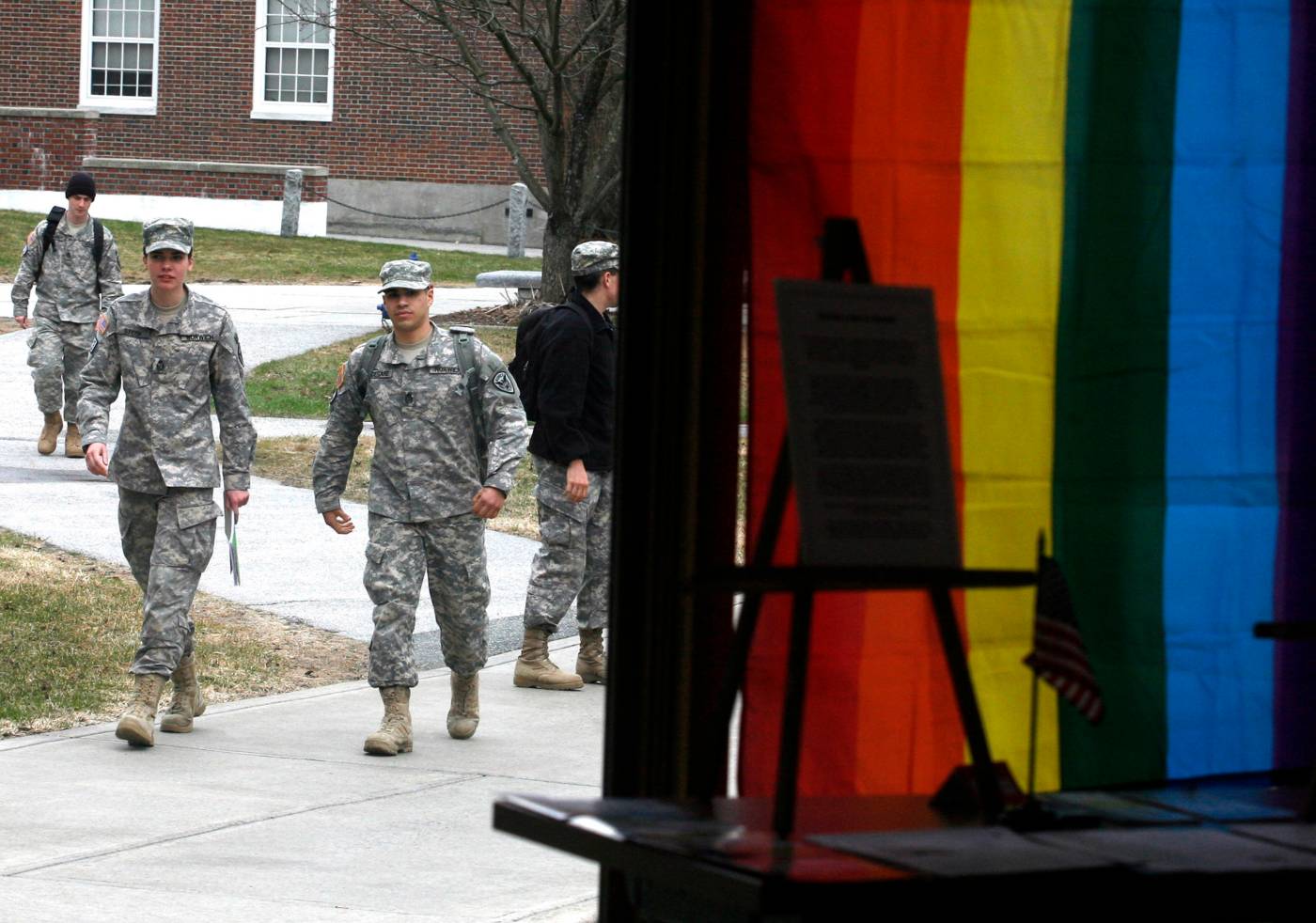 (Thomson Reuters Foundation) – Lauren Hough left the U.S. Air Force after she received homophobic death threats, had her car set on fire and was tried for arson. She was cleared by a military court but, despairing of the whole process, she came out as gay and was discharged.

Armed forces in countries including the United States and Britain are taking steps to redress past discrimination, with an LGBT+ group marching openly in Britain in this week’s national Remembrance Sunday parade for the first time.

But, as Veterans Day is marked on Thursday in the United States and Remembrance Day in Britain, Hough and other veterans said more was needed to compensate and restore benefits to people kicked out of armed forces due to their LGBT+ identities.

“We know very few (LGBT+) people came out of the military unscathed,” said Hough, now 44, who recounted her experiences in the military from when she was 18 to 23 in her memoir, “Leaving Isn’t The Hardest Thing”.

“There were a lot of years that really sucked. I ended up living in my car for a while.”

Hough was eventually able to receive federal veterans’ benefits because she received an honourable discharge, but she wants the process of claiming benefits to be made easier for those LGBT+ veterans who did not.

Veterans with “less than honourable” discharges can apply for that to be upgraded so they can access benefits, but many have been put off by the perceived complexity of the process, said the U.S. Veterans Affairs department.

The department did not reply to emailed requests for comment.

Under “Don’t Ask, Don’t Tell”, lesbian, gay and bisexual people could serve in the U.S. military if they hid their sexual orientation, which others were not allowed to ask about.

From the end of World War Two to the introduction of “Don’t Ask, Don’t Tell”, the armed forces were permitted to investigate service members they suspected of being gay. More than 100,000 were expelled under both policies.

Former President Barack Obama allowed trans people to serve openly in 2016, a policy reversed by his successor Donald Trump in 2019 before it was reintroduced by Biden in January.

LGBT+ veterans were more than twice as likely as other veterans to die by suicide and 4.5 times more likely than the general population, according to a 2020 study of veterans’ government healthcare data in the JAMA Network Open medical journal.

Between 100 and 200 people a year were dismissed by the British military for their sexuality or gender identity, estimated Ed Hall, who campaigned for the ban to be overturned after being fired by the Navy for in 1988 for coming out as gay.

“I got into a complete mess, because I didn’t feel able to tell people what had happened because I was embarrassed,” said Hall, who was 21 at the time.

On Sunday, Hall will be among 22 LGBT+ veterans marching openly as a group for the first time with the LGBT+ military charity Fighting With Pride in Britain’s ceremony to commemorate its war dead.

It will have a “profound” positive impact on mental health, he said.

“It’s with the veterans’ community that we probably feel least comfortable. Being able to share act of remembrance openly is quite an important removal of those last barriers.”

Britain’s Ministry of Defence welcomed the LGBT+ group’s participation in the march in an emailed statement.

“It will always remain deeply regrettable that members of the Armed Forces were historically discriminated against because of their sexuality,” the statement said, noting its policy to restore medals to those who forfeited them because of this.

Fighting With Pride is researching the impact of a 1955-2000 ban on LGBT+ people in Britain’s armed forces, citing a lack of data.

Joe Ousalice, a bisexual Royal Navy veteran, fought a nearly three-decade campaign to have his medal for good conduct and long service returned, until Britain’s defence secretary presented it to him in a ceremony in January 2020.

“Work is under way to understand and acknowledge the effects of the pre-2000 ban on homosexuality in the armed forces and, where appropriate, to address these,” said a spokesperson for the government’s Office for Veterans’ Affairs.

“People lost their homes in some cases,” Hall said, calling for the government to take action. “What pain there is left and what damage there is left would be relatively easy to resolve.”