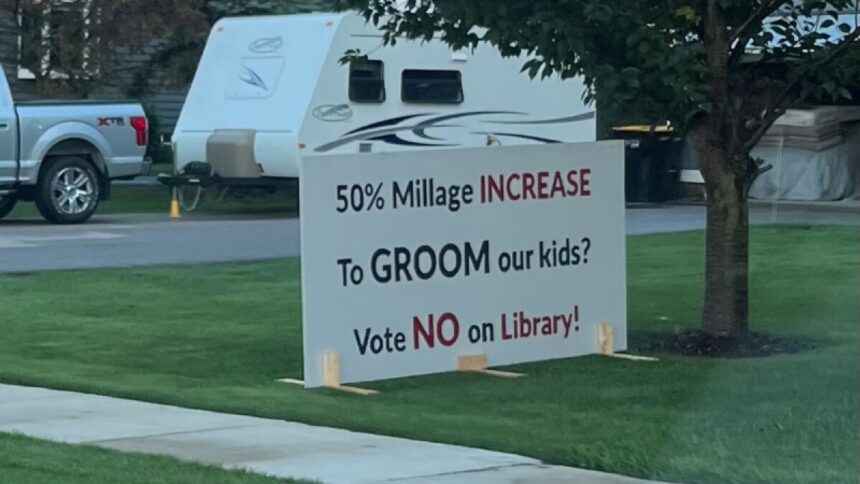 JAMESTOWN TOWNSHIP, Mich. (AP) — An embattled western Michigan library targeted by residents opposed to LGBTQ materials on its shelves has lost most of its funding with the latest failure of the renewal of a property tax millage.

The Patmos Library in Jamestown Township outside Grand Rapids will lose 84% of its $245,000 annual budget after the millage renewal was defeated in Tuesday’s general election.

It also lost in the August primary amid a campaign against LGBTQ materials in the library’s stacks.

Patmos Library Board of Trustees President Larry Walton has said about 90 of its 67,000 materials in circulation “could be relative to LGBTQ.”

A conservative Christian group called Jamestown Conservatives urged residents to vote “no” on the millage, citing concerns the library was “grooming” children with books containing explicit material and LGBTQ themes.

Others supported the library and its millage.

“We’re very upset that our community doesn’t want to support the library. We’re Americans. We recognize freedom of speech,” library patron and retired school teacher Jay Milkamp told WOOD-TV. “There’s 67,000 books in this library, I read. Ninety of them are objectionable. I think that’s no reason to vote down the millage.”