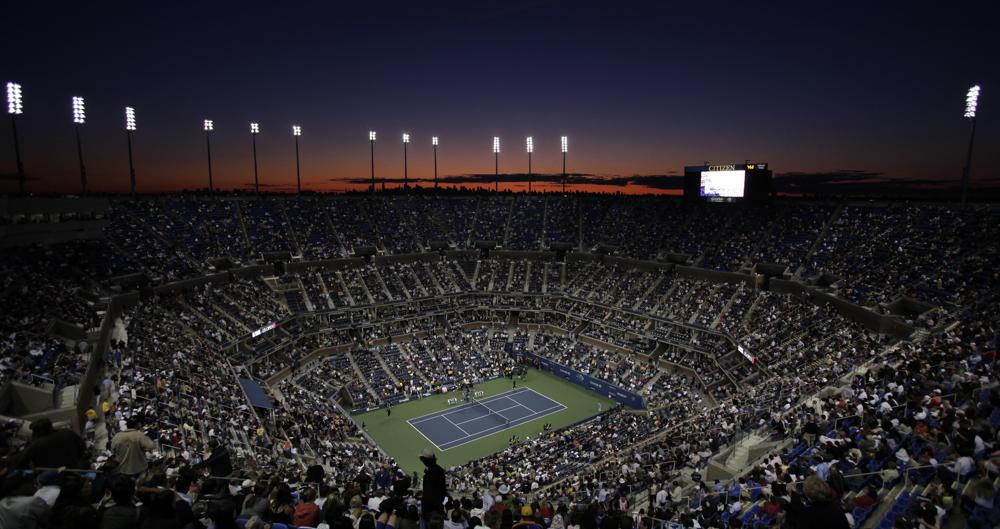 About 60 players on the men’s professional tennis tour have taken part so far in an anonymous, online survey about LGBTQ issues that ATP CEO Massimo Calvelli calls part of a “broader initiative” to create “an environment for players and staff that is inclusive, that is diverse and that is very safe and welcoming.”

“Statistically, it’s a bit unusual that you don’t have players on the ATP Tour that are openly gay. We thought, in today’s world, this is an area that it’s worth taking a proactive approach — and what better way to do that than trying to get a sense of where we are today,” Calvelli said in a video interview with The Associated Press this week. “Are there hurdles? Is there anything in terms of culture, behaviors, attitudes out there that sort of puts people in a position where they are not comfortable being open?”

A link to more than 30 questions was emailed to about 500 singles players and 250 doubles players in August, and the tour plans to close the survey at the end of September, ATP spokesman Mark Epps said.

The tour also sought volunteers for 1-on-1 interviews.

The survey was created after the ATP reached out to Pride Sports, a U.K.-based group whose website says it works “to challenge homophobia, biphobia and transphobia in sport and improve access to sport for LGBT+ people.”

“We’ve never had a circumstance where a sport has approached us,” said Erik Denison, a behavioral science researcher at Monash. “It’s always the other way, where either the LGBT community has approached the sport and said, ‘You need to do something about this problem’ and (the sport was) … dragged along on the journey. Or the sport has a crisis.”

His description of the ATP’s approach: “Hey, we want to do more than just put up rainbows. We actually want to figure out what to do that’s going to be meaningful and drive change.”

“I don’t think anyone’s denying that homophobia is a problem in tennis, just like it is in any sport,” Denison said.

It is rare for male athletes on U.S. pro teams to publicly come out while they are active. In June, Las Vegas Raiders defensive end Carl Nassib became the first NFL player to do so. No active NHL player has, although a Nashville Predators prospect did in July.

NBA player Jason Collins came out shortly after that league’s season ended in 2013, then played the following year before retiring. Billy Bean came out after retiring as a baseball player; he now works for Major League Baseball as a VP and ambassador for inclusion.

Denison said the ATP’s survey itself can help alter the culture, because it leads players to consider subjects they otherwise might not.

“I don’t know how many straight guys wake up,” he said, “and, while they’re brushing their teeth, think: ‘I wonder if gay people are all right in tennis?’”

The ATP questionnaire includes links to research from the International Olympic Committee and the American Medical Society for Sports Medicine that, the survey says, “found everyone’s mental health and sport performance can be negatively impacted if a sport culture is not welcoming to gay and bisexual people.”

—Are you gay, bisexual, unsure/other? … If you identify as one of the above, it will be extremely valuable to learn about your experiences in more detail.

—How many ACTIVE professional male tennis players do you know personally who are gay?

—Why do you think a player who came out as gay would earn more, less or the same money from sponsors?

—What percentage of professional tennis players would be uncomfortable or would reject a gay tennis player? Please be honest.

Other topics included what factors contribute the most to there being no openly gay active professional male tennis players, whether the respondent agrees with the ATP’s desire “to combat homophobia in sport” and whether he “would publicly support a gay or bisexual tennis player.”

Once results are collected, Denison said, Monash will pass along statistical analysis to Pride Sports, which will offer suggestions to the ATP for programs it could adopt.

“We need to be open-minded,” the tour’s Calvelli said. “Whatever the recommendations will be, we have to take it seriously.”