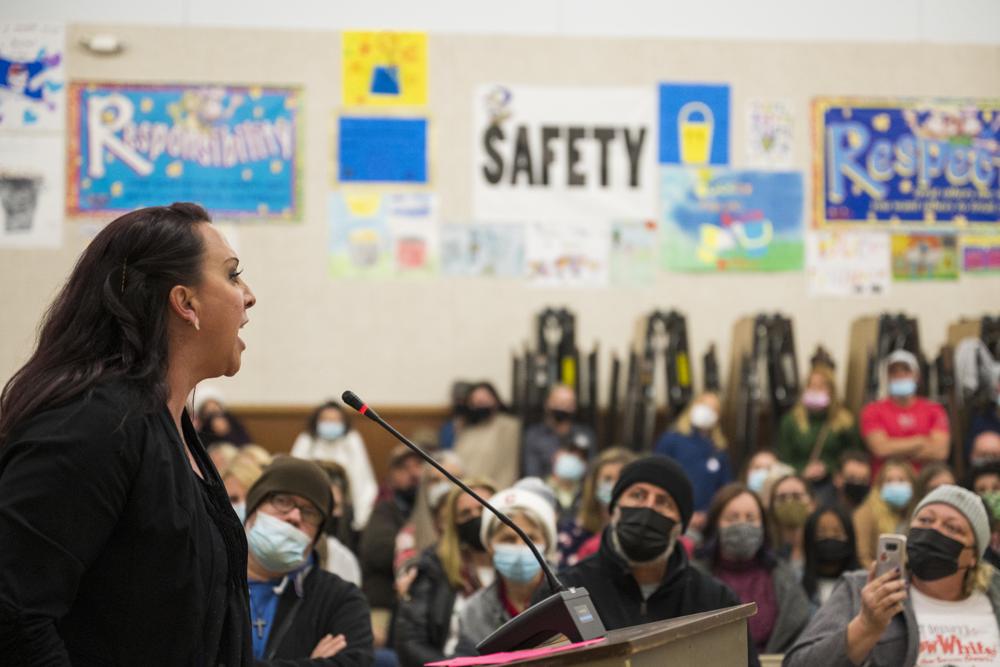 LOS ANGELES (AP) — A mother who claims teachers secretly manipulated her 11-year-old daughter into changing her gender identity and name has filed a legal case against a tiny California school district.

Spreckels Union School District was responsible for “extreme and outrageous conduct” that led the student on a path toward transitioning as a boy and drove a wedge between mother and child, according to the claim filed Wednesday by a conservative legal group.

Jessica Konen said two middle school teachers who ran the school’s Equality Club — later known as UBU (You Be You) — planted the seed that her daughter was bisexual in 6th grade and then introduced the idea she was transgender.

The legal claim — a precursor to a lawsuit — follows a dustup in the district last fall after the author of a book widely criticized as “anti-transgender” quoted the two teachers speaking at a conference about how to run an LGBTQ+ club in a conservative community.

Spreckels is a speck of a town in the agricultural Salinas Valley, about 90 miles (144 kilometers) south of San Francisco. It was once home to the world’s largest sugar refinery and was the setting for some scenes in the 1955 film based on John Steinbeck’s “East of Eden.”

While Konen said her daughter had revealed she was bisexual, the mother was unaware she was identifying as a boy until she was called to a meeting at the Buena Vista Middle School principal’s office in December 2019 when her daughter was in 7th grade.

She wasn’t told the purpose of the meeting until her daughter entered the room and sat across a table from her and teacher Lori Caldeira broke the news.

Konen said she began to cry.

She said her daughter was also caught by surprise. She had told teachers she wanted to notify her mom, but didn’t know they set the meeting up that day.

Konen said she gave the school permission to use a boy’s name for attendance purposes and tried to be supportive, but it was difficult.

When schools went to remote learning during the pandemic in March 2020, Konen said her daughter began returning to her “old self” and now uses her given name.

But it wasn’t until this fall that Konen began to question how her daughter got on the path to a different identity after the article by Abigail Shrier circulated around town.

In a leaked recording from a California Teachers Association conference, Caldeira and Kelly Baraki were quoted discussing how they kept meetings private and “stalked” students online for recruits. 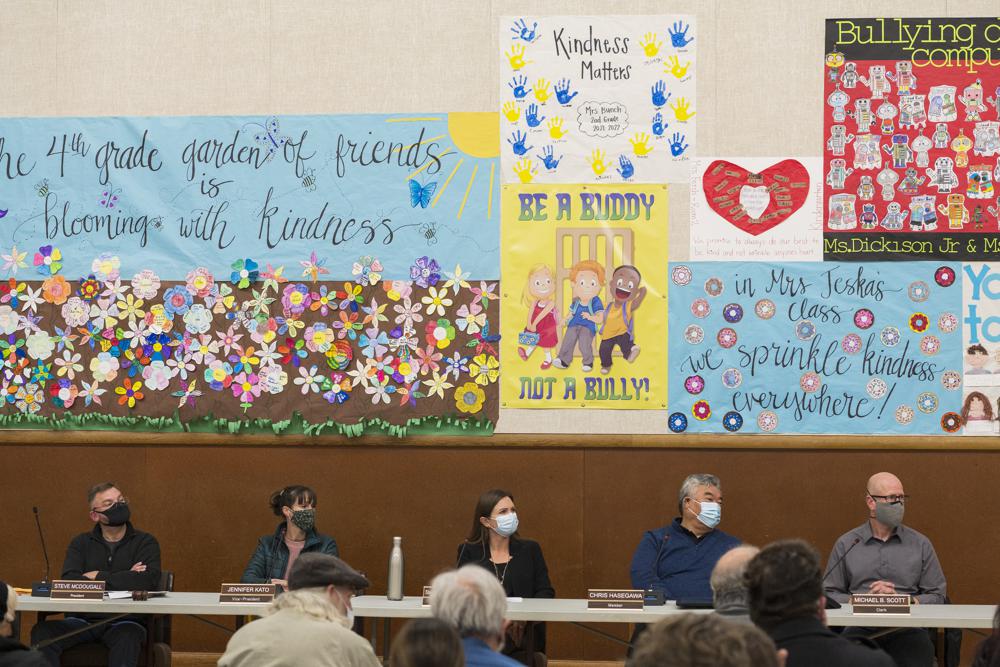 “When we were doing our virtual learning — we totally stalked what they were doing on Google, when they weren’t doing school work,” Baraki said. “One of them was googling ‘Trans Day of Visibility.’ And we’re like, ‘Check.’ We’re going to invite that kid when we get back on campus.”

Neither Caldeira nor Baraki could be reached by The Associated Press for comment. Caldeira told the San Francisco Chronicle the quotes were accurate but taken out of context or misrepresented. The stalking comment was a joke, she said.

Caldeira, who has been awarded as a role model for inclusion, defended their work, saying students set the agenda and the teachers were there to provide honest and fair answers to their questions.

The teachers were placed on administrative leave in November. They had attended the conference on their own time, but the district said, “many of the comments and themes stated in the article are alarming, concerning, disappointing” and didn’t reflect their policies.

The district hired a law firm to investigate, which is ongoing, and the UBU club was suspended.

Konen was applauded when she blasted school board members at a meeting in December, saying the teachers took away her ability to parent.

Superintendent Eric Tarallo said the legal claim would be addressed in the judicial system and personnel policies prevented him from revealing if the teachers were back at school. He said the district was reviewing and updating policies on student clubs.

The California Teachers Association said the conference was one of dozens each year that, in part, help educators understand the need to protect students from discrimination, including sexual orientation and gender identity or expression.

It criticized the group bringing the lawsuit, which it noted is using the case to raise money for its cause. 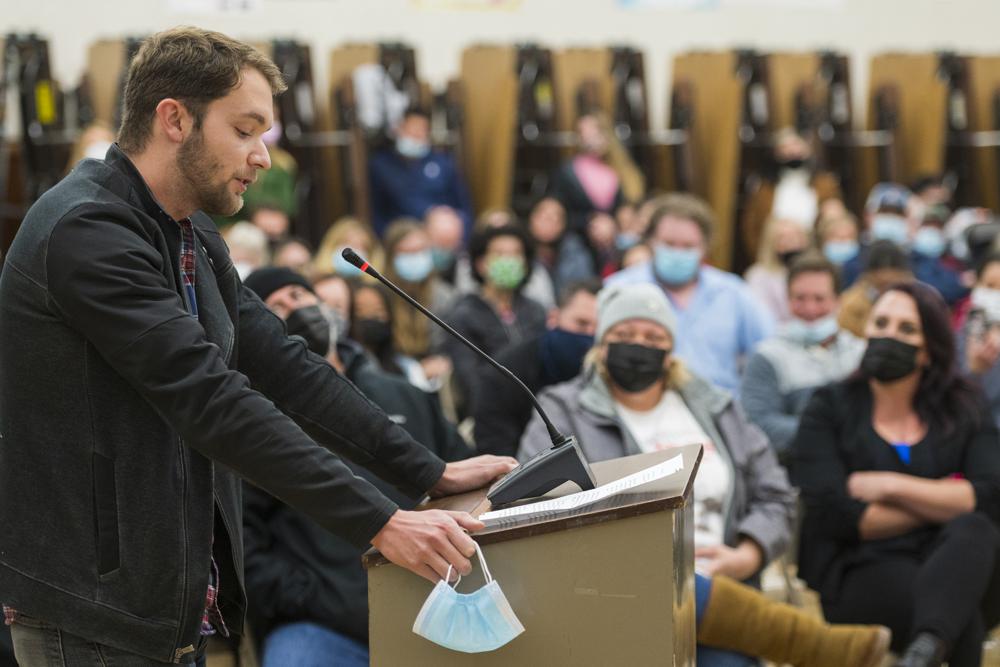 “We are concerned about a political climate right now in which outside political forces fuel chaos and misinformation and seek to divide parents, educators and school communities for their own political gain, which is evident in this complaint,” spokeswoman Lisa Gardiner said. “The Center for American Liberty is concerned with pushing its own political agenda through litigation and has filed multiple lawsuits against various school districts and communities.”

One of Konen’s chief complaints was that she was kept in the dark by the school about her daughter’s participation in the club, literature teachers provided, and a “gender support plan” created by administrators. She said her daughter was even told how to make a binder to keep her breasts from developing.

“Parents are supposed to have access to all the educational records of their children,” said attorney Harmeet Dhillon, who filed the case. “The concept that the schools have a right to be running secret, don’t-tell-your-parents clubs and don’t-tell-your-parents programs and actively coaching children how to mutilate themselves, which is you know, not growing your breasts, is certainly not consistent with California law.”

Under state and federal law, however, students have privacy rights that extend to sexual orientation and gender identity, according to the American Civil Liberties Union. Only in limited circumstances can a school notify a parent of their child’s sexual identity against their wishes.

“Outside of school, these students may similarly face potential hostility at home because of who they are,” said attorney Peter Renn of Lambda Legal. “For example, involuntarily outing a student as LGBTQ to their parents can very well lead to them getting kicked out of the home in some circumstances.”

“She still deals with confusion,” Konen said. “She feels like she can breathe, you know, like she doesn’t have pressure on her.”