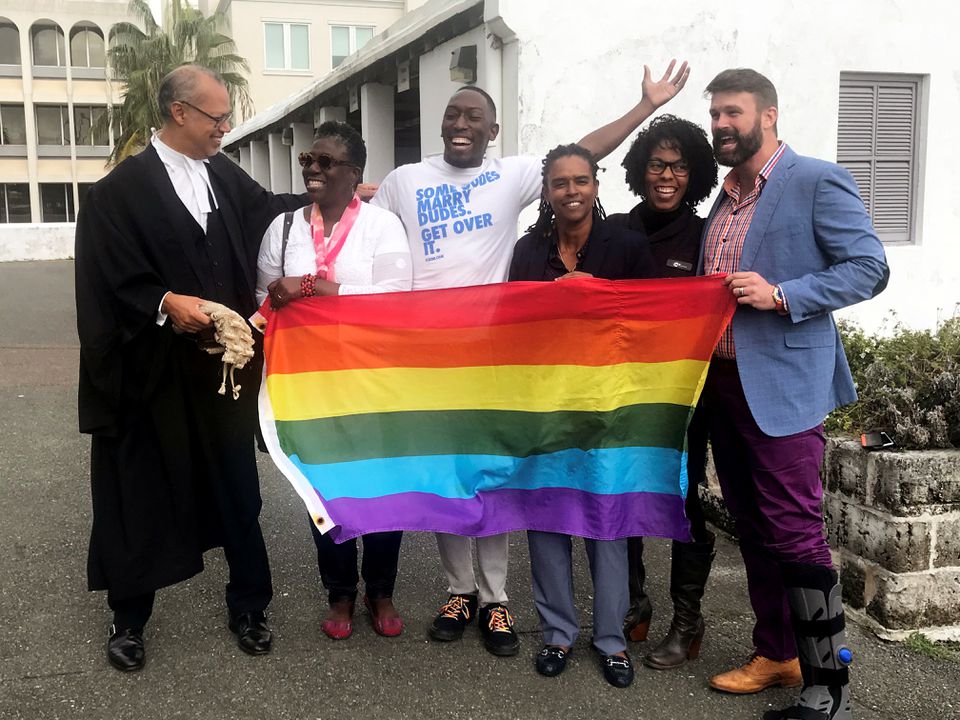 (Reuters) – A London tribunal on Monday ruled that a 2018 Bermuda law that bans same-sex marriage in the British overseas territory is constitutional, a departure from the broad trend towards legalisation of gay marriage in the West.

Bermuda’s top court in 2018 ruled that the 2018 Domestic Partnership Act, which allows same-sex couples to form partnerships but prohibits them from marrying, violates constitutional freedom of conscience.

London’s Privy Council, the highest court of appeal for British territories, ruled on Monday that the constitution does not in fact require the state to recognise same-sex marriages, in response to an appeal by Bermuda’s government.

“Our supporters often say ‘love wins.’ This time it didn’t,” said Roderick Ferguson, lead co-plaintiff in the legal case against the law, in a statement by LGBTQ advocacy group OUTBermuda. “Our work as a society is not done until everyone’s humanity is recognized both in law and in life.”

OUTBermuda called on the government to clarify how it will treat same-sex marriages that had been lawfully performed since 2017. The Bermuda court’s 2018 ruling had suspended the prohibition.

The government of Bermuda, a wealthy, socially conservative island in the Atlantic of 60,000 people, argues that domestic partnerships provide the same rights as marriage. Thousands of people support the gay marriage ban.

Bermuda’s Attorney General did not immediately respond to a request for comment.

The Privy Council found that the Domestic Partnership Act does not interfere with freedom of conscience as laid out in section 8 of Bermuda’s constitution.

“The respondents’ belief falls within the scope of section 8, but that belief is not interfered with by the state failing to legally recognise same-sex marriage,” the Privy Council ruled.