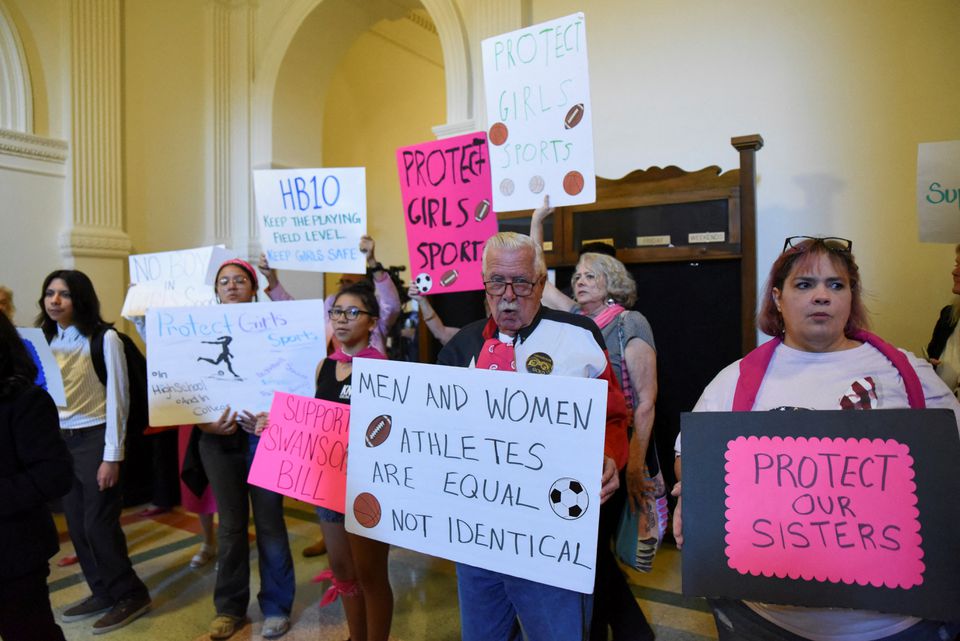 (Reuters) – Florida lawmakers on Tuesday passed a Republican-backed bill that would prohibit classroom discussion of sexual orientation and gender identity for many young students, rejecting criticism and student protests that characterized the measure as discriminatory and misguided.

The legislation, referred to by its opponents as the “don’t say gay” bill, has stirred national controversy amid an increasingly partisan debate over what schools should teach children about race and gender.

Governor Ron DeSantis, who is seeking re-election this year, has indicated his support for what is formally called the “Parental Rights in Education” bill. He and other Republican politicians across the United States say they want to give parents more control over what young children learn in school.

Democrats say such policies will harm the lesbian, gay, bisexual, transgender and queer community. The Florida measure bars classroom instruction in public schools on sexual orientation or gender identity for children in kindergarten through third grade, or from about ages 5-9.

It also prohibits such teaching that “is not age appropriate or developmentally appropriate” for students in other grades. Under the law, parents would be allowed to sue school districts they believe to be in violation.

“We’re going to make sure that parents are able to send their kid to kindergarten without having some of this stuff injected into their school curriculum,” DeSantis told reporters on Monday.

High school students across Florida have staged walk-outs to protest the bill. Video footage showed students crowding the steps and the halls of the state capitol on Monday, carrying pro-LGBTQ signs and chanting “We say gay!”

In a floor debate before the state Senate vote on Tuesday, Democrat Shevrin Jones, the first openly gay Florida state senator, chided his Republican colleagues for pushing for the bill for political gain.

“As you prepare for this victory lap in the name of parental rights, just know that this is no victory lap,” Jones said to the chamber, a day after tearfully sharing his own difficult experiences as a gay man. “I believe this will be another stain on the history of Florida.”

Republicans who supported the bill insisted that it was intended to prevent discussions about sex and gender identity they deemed inappropriate for young students.

“There is an effort to inject these types of discussions into younger and younger age groups,” Republican state Senator Danny Burgess said. “Our default position as a state has to be and should remain: trust the child’s parents.”

The education bill is the latest Florida policy to draw objections from across the country.

On Monday, the state surgeon general said Florida would recommend that healthy children not receive COVID-19 vaccines, defying federal health guidance. The state Senate last week passed a ban on abortion after 15 weeks, which would slash access to late-term abortions for women in the U.S. Southeast as the Supreme Court weighs the constitutionality of such a ban.

The Biden administration has criticized state efforts targeting women and the LGBTQ community.

U.S. Secretary of Education Miguel Cardona in a statement on Tuesday rebuked Florida lawmakers for “prioritizing hateful bills that hurt some of the students most in need.”