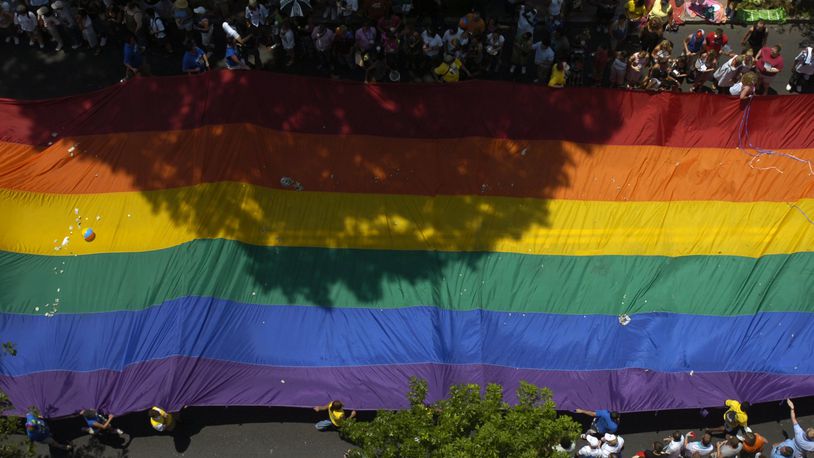 VALDOSTA, Ga. (AP) — A Georgia teenager faces juvenile charges after he attacked a student who was draped in a gay pride flag in a school cafeteria, authorities say.

Video of the incident was recorded last week at Lowndes High School in the south Georgia city of Valdosta. It shows a male student charging across the cafeteria and jerking the flag from the second boy’s back as he falls to the floor. A third student tries to push away the attacker, who slams the flag into a garbage can.

Lowndes County Sheriff Ashley Paulk told The Valdosta Daily Times that the juvenile had been charged with disorderly conduct, simple battery and disruption of a public facility. Paulk said the Georgia Department of Juvenile Justice, which detains some juveniles accused of misconduct, was called.

Lowndes High School Assistant Principal Rodney Green said the victim was not physically injured and that school officials investigated after learning of the video.