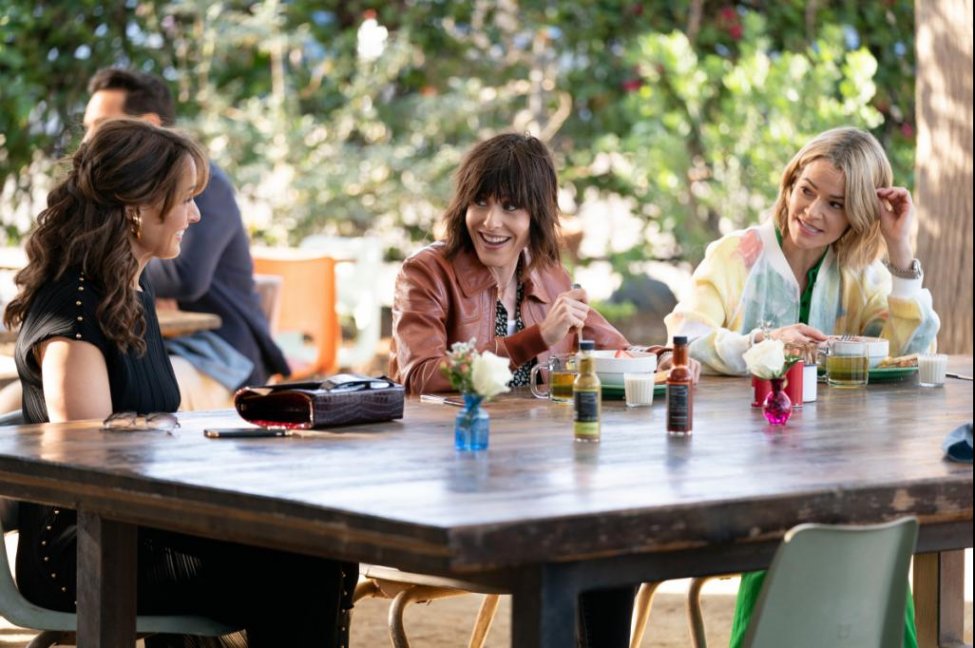 “I think we get to see more of the newer generation of folks really come into their own more,” said 25-year-old Sheng, who plays Micah, a trans man struggling to get his mother’s acceptance.

The L Word followed the relationship and career dramas of a group of gay and bisexual women in Los Angeles. Generation Q premiered in December 2019, 10 years after the original series ended.

Jennifer Beals, Leisha Hailey and Katherine Moennig returned as their characters — Bette, Alice and Shane. The original trio of stars said it was important to highlight a new generation of LGBTQ characters. Moennig, 43, said adding the new cast members will appeal to a wider audience.

“The new cast has a whole host of new personalities that [audiences] can either completely identify with or not,” Moennig said. “That’s what provokes a conversation.”

Hailey, 50, said she understood that fans of The L Word‘s six seasons would want to see their characters. Hailey said Generation Q will continue to appeal to those viewers, and show how their characters interact with younger ones.

“It’s not just about us,” Hailey said. “It’s about the way we connect with one another as humans, as friends, as coworkers, as family members. Everyone can relate to that in some way.”

Mandi, 34, plays Dani, a woman who worked on Bette (Beals)’s mayoral campaign and whose father was Bette’s opponent. Mandi said she spent most of Season 1 adjusting to the whirlwind of joining The L Word, but Season 2 allows her more freedom.

“I really allowed myself to play a lot more this time around, to take chances and to have a little bit more fun,” Mandi said.

In the season finale, Bette lost the election. Mandi said Dani and Bette remain friends in Season 2, but both consider different career options.

“The whole professional relationship is a bit unknown,” Mandi said. “If anything, she had gained a friend and someone that she looks up to and trusts. That’s a rarity for Dani.”

Meanwhile, Alice (Hailey) hosts a talk show at which she employs Sophie (Zayas) and Finley (Jacqueline Toboni). The season finale showed Sophie running to the airport, where both her fiance Dani and lover Finely were taking separate flights.

Season 2 will reveal to which one Sophie ran. No matter who Sophie chose, however, drama will exist between the three women.