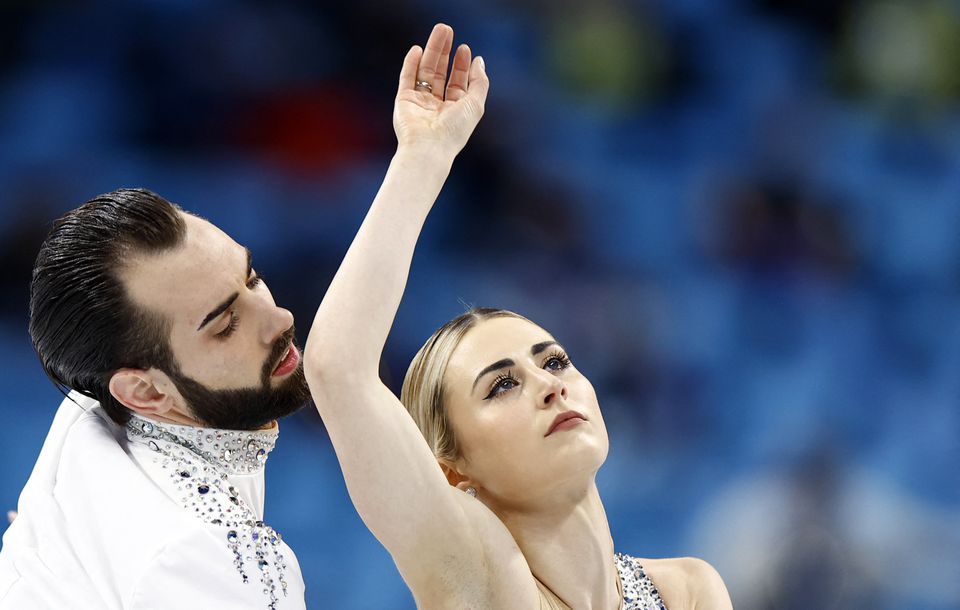 BEIJING, Feb 18 (Reuters) – Timothy LeDuc made history on Friday as the first openly non-binary Olympian to compete in the Winter Games, and the American pairs figure skater hopes to pave the way for others to enter the sport without being bound by gender stereotypes.

Competing in a discipline where the traditional male-female dynamic is usually unabashedly on full display had been a challenge for LeDuc as well as pairs partner Ashley Cain-Gribble, who has spoken about being “body shamed” as a taller-than-average female skater.

“It was such a joyous moment for us out there today,” LeDuc, who began using the they/them pronouns in 2021, said after the pair skated to their season’s best score of 74.13 in the short programme at the Beijing Games.

“I think both Ashley and I have had to overcome so many different things so many times when people have told us no or that we don’t belong,” LeDuc said. The pair advance to the final free skate on Saturday after placing seventh in the short programme.

“Both Ashley and I, we had something to prove today. I hope people watching us feel like maybe there is space for them to come into figure skating. And for them to be able to celebrate what makes them unique and different.”

LeDuc said many people had reached out with words of support and gratitude.

“I know for me, people who are non-binary, it’s only possible because amazing queer people have come before me and laid the groundwork for me. And so now I want to do that for others to come after as well.”

A record number of openly LGBTQ+ athletes are competing at the Winter Olympics – at least 36, or double the number from Pyeongchang in 2018 – according to LGBTQ+ news site Outsports.