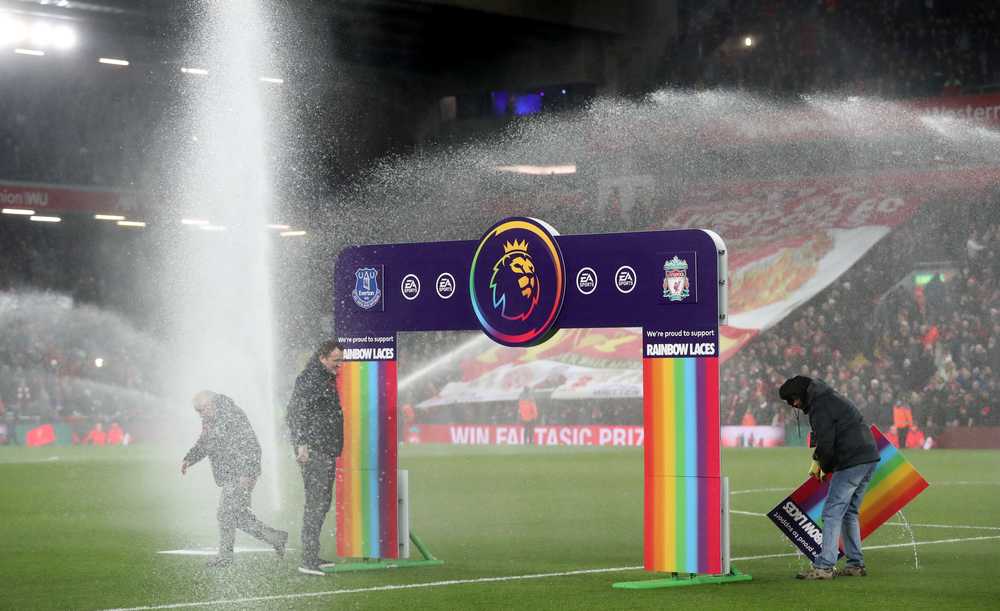 Players from Chelsea FC, currently third in the Premier League, are routinely mocked from the stands with loud chants of “rent boys” – slang for male sex workers and a dig at the area’s historic reputation as a gay hotspot.

But this month, the Crown Prosecution Service (CPS) for England and Wales – an independent body that decides which cases to prosecute – decided the chant could amount to a hate crime, which could receive stiffer sentencing.

“The impact on groups attacked by this type of mob behaviour can be devastating. We will not hesitate to prosecute anyone of (for) these actions where there is sufficient evidence to do so,” a CPS spokesperson said by email.

Football governing bodies around the world have come under pressure to clean up the multibillion-dollar sport, with Black players regularly abused from the stands and no openly gay or bisexual men playing in the top leagues.

Homophobic chanting is not limited to English football, with Mexican fans banned from attending two home World Cup qualifiers coming up in March.

An Israeli team was investigated by its Football Association after supporters mocked a player whose brother is gay.

LGBT+ fans said the CPS decision was long overdue, even though many favour dialogue over bans or jail terms.

“We feel like we’re finally getting somewhere, but it is just the start,” said Tracy Brown, co-chair of Chelsea Pride, the club’s LGBT+ fan group.

“I used to have fans come up to me and say they were too scared to walk into (Chelsea’s stadium) Stamford Bridge.”

Nor is Chelsea the only club fighting anti-gay taunts – teams including Liverpool, Tottenham and Leeds have spoken out against their own fans using the “rent boy” chant this season.

Fans and players at Brighton, a coastal English resort known for its large LGBT+ community, are also regularly taunted with chants such as: “Does your boyfriend know you’re here?”

Mike Homfray, co-chair of Everton’s LGBT+ fan group Rainbow Toffees, in the northern English city of Liverpool, said it was difficult to counter mass outbursts that sweep the stands.

“It makes you feel very uneasy really, because… there’s very little you can do about it,” he said in a phone interview.

“Quite clearly not everybody getting involved in the chant is personally homophobic. It’s the nature of mass responses to things, that people get involved in a fairly unthinking way.”

While women’s football has many lesbian and bi players, including former U.S. captain Megan Rapinoe and Brazilian star Marta, who uses one name, few elite male players have come out.

Last year, Josh Cavallo became the first active top-tier Australian player to come out. He has since called out homophobic abuse at games and on social media.

Many top players are now speaking out for LGBT+ rights, some donning rainbow armbands at last year’s Euros tournament after Hungary restricted gay and transgender content for minors.

Such backing is crucial to eradicating prejudice, said Liz Ward, the director of programmes at British charity Stonewall, which promotes LGBT+ inclusion in sport among its campaigns.

But she said Cavallo’s first-hand experience of abuse at the top of sport showed there was more to be done.

“I would never put any pressure on anyone to come out,” she said. “Until we’ve really dealt with what it means to have these chants in stadiums… to have individual players targeted… I wouldn’t say it’s safe for any individual to (come out).”