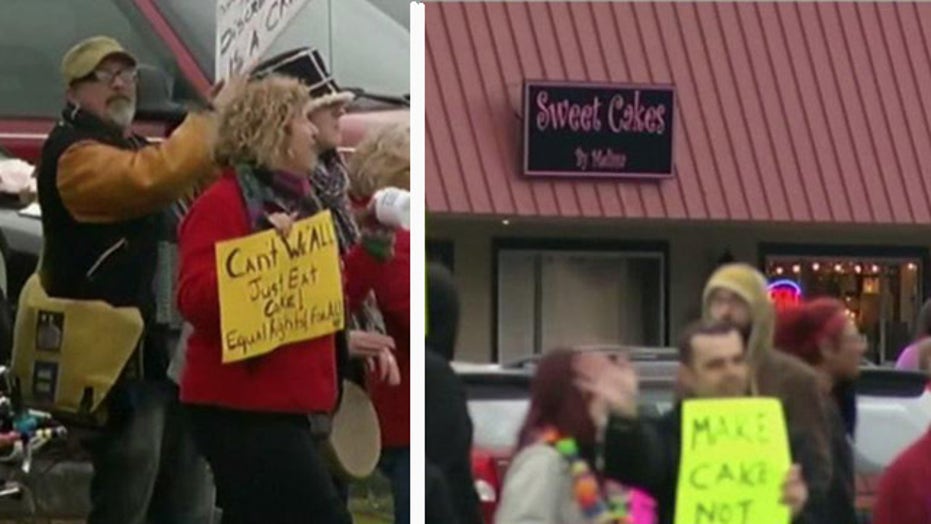 PORTLAND, Ore. (AP) — The Oregon Court of Appeals for a second time has upheld a ruling by the state civil rights division that found that an Oregon bakery illegally discriminated against a same-sex couple by refusing to sell them a wedding cake in 2013.

The Oregonian/OregonLive reports, however, the court on Wednesday also found the Oregon Bureau of Labor and Industries did not exhibit religious neutrality in issuing an $135,000 fine to Sweet Cakes by Melissa for illegal discrimination and returned the case to the civil rights division to reassess its fine.

The case began nine years ago, when Laurel and Rachel Bowman-Cryer filed a complaint against Sweet Cakes by Melissa owners Melissa and Aaron Klein, saying the bakery refused to bake them a wedding cake.

The Bureau of Labor and Industries found in their investigation that the bakery had violated the couple’s civil rights. The Kleins appealed that decision, contending that baking a cake for a same-sex wedding went against their Christian beliefs.

The Oregon Court of Appeals affirmed the civil right division’s ruling in 2015, but the U.S. Supreme Court vacated the ruling four years later. It directed the state appellate court to review its decision in the context of the Supreme Court’s 2018 ruling in a similar case in Colorado.

In the Colorado case, the Supreme Court ruled on narrow grounds in favor of a baker who refused to sell a wedding cake to a gay couple, finding that a Colorado Civil Rights commissioner was openly hostile to religion in violation of the First Amendment’s requirement for governmental religious neutrality.

In its ruling Wednesday, the Oregon Court of Appeals found the state civil rights division issued the fine to Sweet Cakes by Melissa partly based on a statement Aaron Klein made to Rachel Bowman-Cryer’s mother, in which he quoted a Biblical verse. The court found the statement had been incorrectly relayed to the couple and could have led to bias in the fine amount.

An attorney who represented the Kleins did not respond to a message from Oregon Public Broadcasting requesting comment. The media outlet reported that the couple has moved their bakery to Montana, according to state business registration records.

“The court was right five years ago and is still right today,” attorney Jennifer Pizer, who represented the Bowman-Cryers, said in a statement. “The Kleins’ faith does not give them a pass to ignore Oregon’s Public Accommodation Law.”