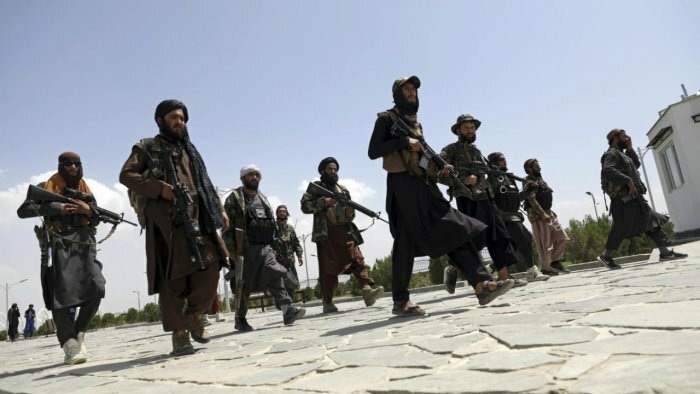 (Thomson Reuters Foundation) – As he struggled to wrench his hair from the grasp of a heavily armed Taliban fighter, Mohammad – a gay Afghan man – realised he had two options: run or die.

Minutes earlier, he had been stopped at a checkpoint in Kabul and forced to hand over his mobile phone for inspection. Mohammad was terrified – he knew the Taliban guard would find material on his phone that revealed his sexuality.

“He started searching the gallery and photos and videos and gave me a really strong slap in the face. He said you must have been fucked many times and started using really abusive words,” said Mohammad, a pseudonym used to protect his identity.

“He said, ‘We’re going to hang you’,” he told the Thomson Reuters Foundation.

Mohammad pulled his hair free from the fighter’s grip and ran, escaping into the scattering crowd as bullets flew overhead.

“I’m very thankful that the crowd didn’t know what was going on,” he said. “Because if they had known, I’m sure they would have joined hands and I wouldn’t have come out alive.”

Soon after the incident, Mohammad was able to flee to neighbouring Pakistan, but 100 days since the hardline Islamist Taliban returned to power on Aug. 15, hundreds of other LGBT+ Afghans are in hiding and increasingly desperate to leave.

Many of those left behind fear for their lives as reports of threats, harassment and violence become more common, urging foreign governments to help them flee abroad.

During the Taliban’s first rule, from 1996 to 2001, there were reports that men accused of having gay sex were sentenced to death and crushed by walls pushed over by tanks.

This time around, the Taliban has sought to present a more moderate face on some issues – such as women’s education, but it has said LGBT+ rights will not be respected under its strict interpretation of Sharia law.

Campaigners say far from having changed, the Islamist group is targeting members of the LGBT+ community.

U.S. novelist Nemat Sadat, a gay Afghan-American who left his homeland aged five and returned to teach at an Afghan university from 2012 to 2013, has also been helping LGBT+ people flee Taliban-ruled Afghanistan.

So far, he has helped 55 people cross the border into Pakistan and secured an additional seven seats on a charter flight for evacuees to Abu Dhabi. Another three on his list have independently reached Britain.

Yet he still has a list of 650 LGBT+ people desperate to leave the country.

“It’s a very small fraction of the number of people that I have,” Sadat said. “The problem is enormous.”

For LGBT+ people who remain in Afghanistan, the situation has deteriorated markedly since Aug. 15.

One gay man contacted by email said a friend had been killed after gay material was found on his mobile phone during a checkpoint search.

“(The) Taliban killed him and (gave) his dead body to his father,” he said. “Capturing and killing my friend makes it clear that the Taliban are trying to find and eliminate LGBT people.”

Killings involving LGBT+ Afghans have not been independently verified, and a Taliban spokesman contacted by WhatsApp message did not respond to a request for comment.

Some of those who are still in hiding said family members were becoming suspicious about why they wanted to stay out of sight.

“I’m in a state of panic and anxiety,” one transgender Afghan told the Thomson Reuters Foundation by email.

“The situation of Afghan LGBT people is bad and dire. I have a very bad feeling and sometimes I hate myself for being born (trans),” the person wrote, asking not to be named.

Another gay man who is still in Afghanistan said he had “experienced the (worst) moments” of his life since the Taliban’s sudden return to power.

With fears growing of a wider humanitarian crisis as the country heads deeper into winter but runs short on funds to be able to feed its 40 million-strong population, many are worried that LGBT+ people will be forgotten.

“It’s clear that the situation and the humanitarian crisis is not going to be a short-term thing,” said Powell.

“There is also the danger of news fatigue. I think it’s going to be harder to maintain public pressure for governments to be able to justify increasing asylum,” he added.

U.S. and British officials said they would keep working to evacuate at-risk populations, including members of the LGBT+ community.

A U.S. State Department official said its “commitment to the people of Afghanistan is enduring”.

British Foreign Secretary and Minister for Women and Equalities Liz Truss said in a statement that Britain “played a key role getting these (LGBT+) people out and will continue to do all we can to help at-risk Afghans leave the country”.

But fearing for their safety, many lesbian, gay, bisexual and trans Afghans want the international community to do more.

“We need help to evacuate,” the second gay man said. “(There is) still a chance to get out of here but time is not much, and the Taliban are looking for us.”

Calling the Taliban’s return a “catastrophe” for the country’s LGBT+ community, the trans Afghan urged Western governments to “be decisive and serious”.

Mohammad, who managed to cross into Pakistan in an ambulance, pretending to be sick, counts himself among the lucky ones.

But he fears deportation when his two-month visa expires, and said his immediate future looked bleak.

“I have a limited stay here in Pakistan and I don’t have much resources,” he said. “I have no reason to be optimistic.”